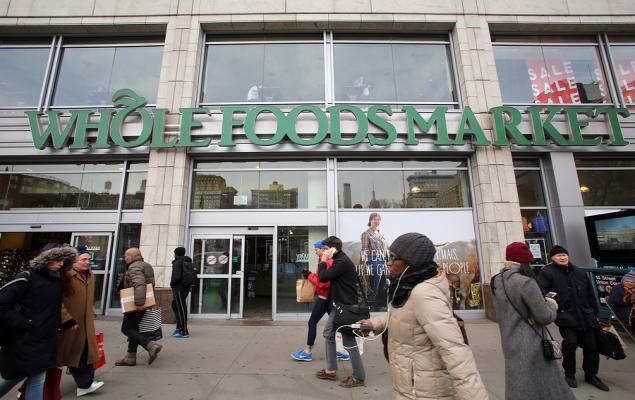 Amazon (AMZN - Free Report) is leaving no stone unturned to capitalize on the growing opportunities in the online grocery retail space.

The opening of a new Whole Foods store in Brooklyn, NY is a testament to the same. Notably, the new store is first of its kind as it is a delivery-only store, which will operate online only.

The store will deliver only online grocery orders in the Brooklyn area.

We believe the latest move remains a major positive, which is likely to strengthen Amazon’s presence in the grocery retail space.

Further, the move is likely to benefit the company during the ongoing pandemic scenario, which has resulted in a surge in the online grocery shopping as fears of contracting the deadly COVID-19 compel people to stay indoors.

The latest establishment is in sync with the company’s strengthening endeavors toward expanding its grocery and physical stores.

Further, Amazon is planning to expand its Whole Foods stores network across the United States. Currently, it has more than 500 such stores.

Moreover, growing number of grocery stores are in sync with Amazon’s strong efforts toward expanding its physical presence.

We note that the growing base of Amazon Go, which is a cashier less store of the company, remains a major positive. Amazon currently has more than 20 such stores. The company intends to scale this number to touch a record tally of 3,000 stores by 2021.

We believe Amazon’s expanding physical presence in the retail space is providing it with a competitive edge against the local stores as well as big retailers like Walmart (WMT - Free Report) , Target (TGT - Free Report) and The Kroger (KR - Free Report) .