The U.S. telecom stocks witnessed a relatively flat trajectory, albeit slightly southbound, in the past week as latent geopolitical tensions debilitated the sector’s growth engine. While the Trump administration continued to put pressure on the proposed sale of TikTok by mid-September to avoid a ban on its U.S. operations, China issued a fresh set of export rules that complicated the proposed sale. This further strained the estranged relationship between the two economic global powerhouses. Although the export control rules of China are being rarely used compared to those of the United States, the rule change timing assumes significance as the communist nation aims to overhaul its bilateral trade control.

Per the revised list of “forbidden and restricted technology exports”, China has included AI algorithms that form the basis of TikTok users being pushed to view videos based on their previous viewing history. Although the export of such algorithms is not potentially banned, it would require the approval of the Chinese government to close the deal. This, in turn, is likely to make the divestment process a bit complicated with potential buyers weighing four different options to circumvent the new laws. These include the likely sale without the controversial algorithm or negotiation with the Committee on Foreign Investment in the United States (which is overseeing the deal) for a transition period of a year. The buyers are also mulling the options of seeking approval from China for using the algorithm — an option that is highly unlikely to materialize, given the current bilateral relationship — or gaining a licensing from ByteDance for its usage.

Despite all these limitations, various media reports have claimed that TikTok is likely to announce the deal closure by next week. However, the transaction appears to be mired in a geopolitical battle of supremacy as it remains to be seen how the ownership of the business would change hands. The uncertain business environment perhaps made the balancing act of the industry all the more difficult as it continued to tread on a tightrope fraught with several pitfalls, likely inducing a relatively flat growth trajectory.

1.     According to industry grapevines, AT&T Inc. (T - Free Report) is reportedly contemplating the divestment of about half of its ownership stake in the DirecTV satellite-television business. The strategic move is likely to help the carrier offload a struggling business that has been a drag on operations and focus more on its core businesses. However, no official statement has yet been made by any of the firms involved in the negotiation process.

Various private equity investors have reportedly expressed their interests for the proposed sale, according to unnamed sources privy to the matter. But nothing has been made official about the purported discussions.

The Snapdragon 732G is designed to deliver immersive gameplay, powered by an upgraded GPU and CPU, compared with the preceding generation. Qualcomm stated that the SoC will first show up in a POCO smartphone. It has an X15 LTE modem, which offers outstanding LTE download and upload speeds in addition to Wi-Fi performance. The SoC features the same Qualcomm Kryo 470 CPU present in Snapdragon 730G but with a bit higher clock speed.

As part of the collaboration, the China-based company will capitalize on Viavi’s advanced LAS filters to expand its portfolio of 3D sensing applications, thereby creating a win-win situation for both companies. Viavi’s LAS filters are better known for enhancing the signal-to-noise ratio of various devices, while delivering best-in-class customer experience. Markedly, the 3D-sensing filters have reinforced Viavi’s operational and technical strengths.

4.      In order to reinforce its position in the public-safety market, Motorola Solutions, Inc. (MSI - Free Report) recently announced the acquisition of Callyo — a leading provider of advanced mobile technology for law enforcement purposes — for an undisclosed amount. Apparently, the state-of-the-art mobile applications from Callyo will help Motorola enhance its mission-critical communications infrastructure, while boosting productivity for seamless operations.

Notably, the latest buyout is likely to strengthen the critical mobile technology capabilities of Motorola’s command center software suite. The transaction is expected to create a win-win solution for both companies by augmenting Callyo’s market reach while boosting the mission-critical ecosystem of Motorola.

The latest addition to the PoE switches portfolio is likely to strengthen its market position and further augment revenues in the near term. The move will help NETGEAR deliver innovative switching solutions to service providers and consumers in a low-budgeted environment. 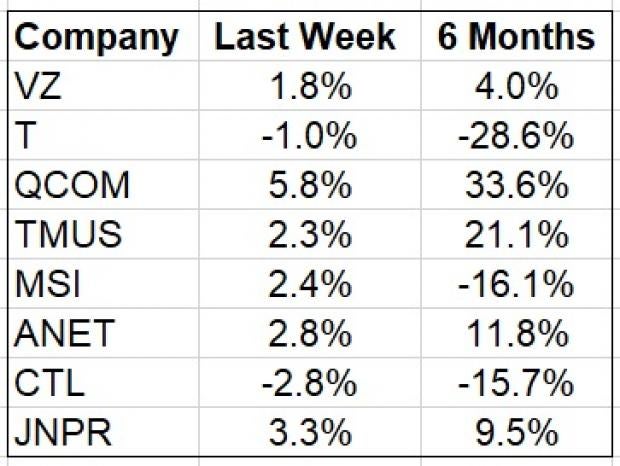 Over the past six months, the Zacks Telecommunications Services industry lost 5.2%, while the S&P 500 gained 10%. 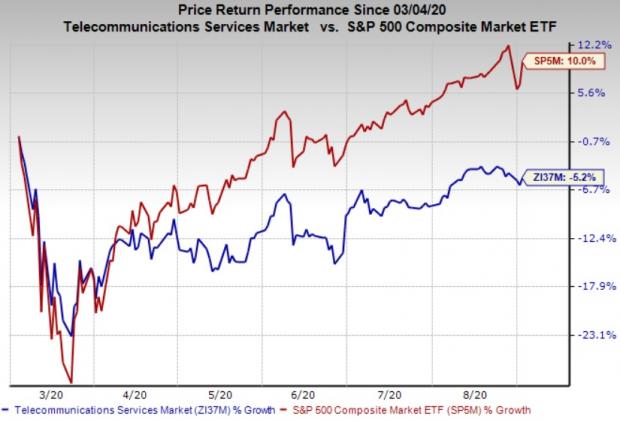 In addition to the 5G deployments and product launches, all eyes will remain glued to how the administration continues to safeguard the interests of domestic telecom firms from Chinese threats.