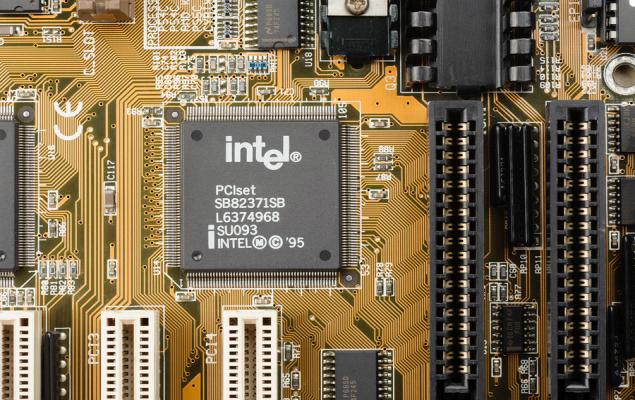 Intel (INTC - Free Report) recently introduced its 11th generation core processor, dubbed “Tiger Lake” which it claims is best suited for thin and light laptops. The latest processor features Intel Iris Xe graphics that offer maximum frequency of 1.35 GHz. Following the announcement of the launch, the stock closed at $52.25, up 2.9% on Sep 2.

Intel also unveiled Evo platform brand for laptops which are powered by the Tiger Lake processor. This is a part of its Project Athena Certification Standard. The laptops carrying this certification can run 9 hours on a single charge with high definition displays. The devices also offer fast charging with up to a four-hour charge in less than 30 minutes and are capable of “waking up from sleep” in less than 1 second.

Intel added that there are likely to be 20 verified Evo platform brand designs to be unveiled in this year. Further, the company added that there will 150 laptop designs based on Tiger Lake processors expected to be available later this year from variety of laptop makers like Dell, Dynabook, Acer, Asus, Samsung, Lenovo and HP Inc (HPQ - Free Report) .

The new offerings are expected to boost the company’s growth prospects and instill investors’ optimism in the stock. In the year-to-date period, shares of Intel have declined 12.5% compared with the industry’s growth of 36.7%.

Coming back to Intel’s new processor, Tiger Lake chips are powered by Intel’s Willow Cove CPU architecture and 10 nanometer (nm) SuperFin process technology that enable these chips to have a turbo frequency of up to 4.8 GHz. It integrates Thunderbolt 4 universal cable connectivity that can offer support for up to four ports simultaneously.

There are nine new 11th Generation processors that will work with Intel’s Core i3, i5 and i7 lines. Except for four processors, which have Intel UHD Graphics, all the other remaining processors feature Intel Iris Xe graphics.

The new 11th Gen CPUs are powered with robust performance features, enhancing productivity of mainstream laptops. The emergence of high-end cloud computing, thinner laptops, and demand for fast processing is expected to bode well for the newly introduced CPUs. Also, coronavirus-led work from home, stay at home and online classes have spiked the demand for laptops and notebooks.

Per a Grand View Research report, global laptop market is projected to hit $108.91 billion by 2025.

Also, need for faster and enhanced gaming experience is driving the demand for efficient CPUs. Gamers are gradually opting for more mobile solutions, mostly thinner and light weight gaming notebooks. Per IDC data, gaming notebook market is expected to witness a CAGR of 7.4% between 2019 and 2023.

The worldwide video game market is projected to witness a CAGR of 12.9% between 2020 to 2027, per Grand View Research report.

Given alluring market prospects, Intel’s new offerings loaded with robust features, are well poised to gain solid traction in the market. This, in turn, favors top-line growth in the quarters ahead.

Intel recently announced that it had detected a major defect mode in 7 nm process, which caused yield degradation and caused delay, which is likely to plague the stock at least in the near term.