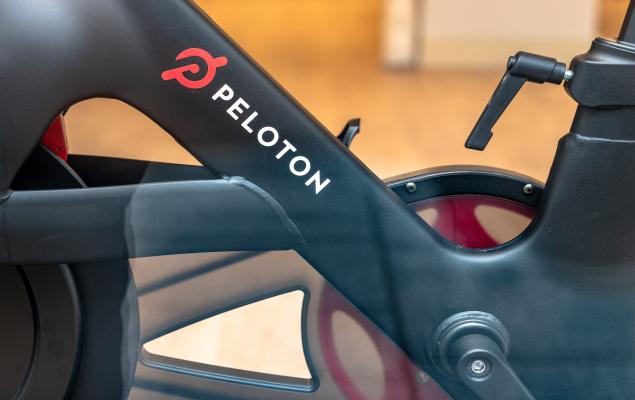 The S&P 500 and Nasdaq both hit records last Wednesday, while the Dow climbed above 29,000 for the first time since February. Selling has picked up heavily since then, with many high-flyers down big over the last several sessions. Yet, the pullback seemed due and somewhat healthy, given the extended run.

As Wall Street returns from its summer holiday, analysts and traders might start to focus more heavily on the upcoming U.S. elections, which are just eight weeks away. This could put more pressure on Congress to make progress on the next round of stimulus. That said, the economic recovery is clearly underway and stocks could continue to benefit as the Fed keeps interest rates pinned near zero.

Now let’s turn to Peloton, which is set to release its Q4 fiscal 2020 results after the closing bell on Thursday, September 10.

Peloton was founded in 2012 and it offers users the ability to follow along with classes on their connected TV monitors. Peloton’s connected bikes start at $2,245, while its treadmills begin at $4,295.

Plus, it makes money from its $39 per month All-Access Memberships. Meanwhile, people who don’t own Peloton equipment can pay $12.99 a month for a digital membership that allows them to take classes for indoor cycling, running, strength, and more.

Peloton is part of a group of stocks that benefitted from the stay at home and remote work push. The high-end, high-tech stationary bike firm was able to attract more customers as gyms closed around the country. And even as things return close to normal, it’s unclear how quickly people will race back to gyms where they might be forced to wear a mask while working out—which could be hard for many people.

The New York-based company was also growing before the virus within a group of higher-end connected fitness products. This includes Mirror, which athleisure giant Lululemon (LULU - Free Report) is set to buy for $500 million, as well as other bikes, rowing machines, and more.

PTON on Tuesday grabbed headlines when it announced new offerings and a change to its pricing model. The company is set to debut its new Peloton Bike+ and the Peloton Tread+. PTON’s new models with the + designations will cost more and are set to offer members “new ways to combine cardio and strength training.”

At the same time, PTON lowered the price of its original Peloton Bike to $1,895. This marks a 16% discount against its original price and 25% below the new Bike+ that starts at $2,495.

The company is also set to roll out a lower-priced treadmill. “Our goal is to be the go-to at-home fitness solution for as many people as possible, and with these new product launches, we'll be able to offer access to Peloton's best-in-class fitness content at various price points, depending on what consumers are looking for, especially in a world where people are increasingly working out at home,” co-founder and CEO John Foley said in prepared remarks.

Wall Street was clearly pleased with the possibility of Peloton’s equipment reaching a wider consumer base, with the stock up 13% to roughly $91 per share, which is right below its 52-week highs. This is part of a run that’s seen PTON soar nearly 300% since the market’s March lows to outpace Zoom, LULU, Shopify (SHOP - Free Report) , Etsy (ETSY - Free Report) , and other coronavirus stars.

Peloton, which went public in late September of 2019, is now up around 255% overall. Investors should also note that PTON is trading at 8.1X forward 12-month sales. This marks a discount to Lululemon’s 9.9X and Zoom’s 36.5X.

Last quarter, PTON’s results wowed Wall Street even though they captured the three-month period ended on March 31. This only included a few weeks of the stay-at-home push in the U.S. Still, Peloton revenue surged 66%, while its overall subscription sales soared 92% to account for 19% of total quarterly sales.

It is worth noting that the increased demand has stretched delivery times and raised its costs. But these are fine problems during the coronavirus economic downturn.

Peloton said last quarter that it expected its Q4 sales to come in between $500 and $520 million, with the mid-point representing 128% expansion from the year-ago period. And our Zacks estimate calls for PTON’s quarterly sales to crush its initial guidance at $566.5 million.

On the bottom line, Peloton is projected to report adjusted earnings of $0.10 a share in Q4. Investors should note that this would mark its first quarter of positive adjusted earnings as a public firm and easily top Q3’s loss of -$0.20 a share.

Peloton is currently a Zacks Rank #3 (Hold) that has seen some positive earnings estimate revisions in the last seven days. This indicates that some analysts are even higher on PTON’s bottom-line heading into its Thursday release.

PTON also earns a “B” grade for Momentum in our Style Scores system and its Leisure and Recreation Products industry rests in the top 8% of our over 250 Zacks industries. All that said, it might be best for investors to wait for Peloton’s results given the current market conditions and its impressive run, even though finding the best entry point isn’t as important to those with long-term horizons.

Nonetheless, Peloton appears to be a solid near-term play for its ability to expand during the coronavirus conditions and for its longer-term growth potential.