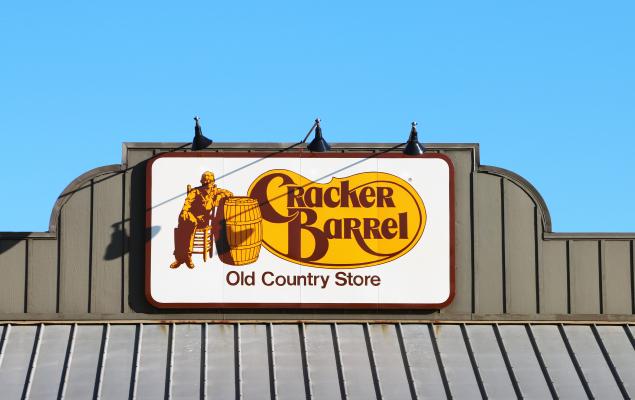 The Zacks Consensus Estimate for the fourth-quarter bottom line is pegged at a loss of 55 cents. In the year-ago quarter, the company had reported adjusted earnings of $2.70 per share. For revenues, the consensus mark stands at $483.7 million, suggesting a decline of 38.6% from the prior-year quarter.

Cracker Barrel’s fiscal fourth-quarter results are likely to reflect the negative impact of the coronavirus pandemic. Notably, decline in store traffic and high operating costs owing to the pandemic might have hurt the to-be-reported quarter’s performance. Despite cost-saving initiatives, higher labor costs due to increased wages are anticipated to have kept profits under pressure. Further, the company remains apprehensive about the fact that it may have incurred inflationary costs in the quarter to be reported.

However, the company’s effort to increase off-premise sales is likely to have provided a boost to the to-be-reported quarter’s performance. Additionally, Cracker Barrel has been focused on rejuvenating its menu, which is crucial to its growth.

Our proven model does not conclusively predict an earnings beat for Cracker Barrel this time around. The combination of a positive Earnings ESP and a Zacks Rank #1 (Strong Buy), 2 (Buy) or 3 (Hold) increases the odds of an earnings beat. But that’s not the case here. You can uncover the best stocks to buy or sell before they’re reported with our Earnings ESP Filter.

Immunomedics to be Acquired by Gilead for About 21 Billion