FTI Consulting (FCN) Appoints a Senior MD to Its Subsidiary

McCafferty is experienced in strategic consulting services, financial advisory, M&A (both sell-side and buy-side), private placements, valuation and restructuring assignments. He and his team have expertise in the areas of digital media, television and film production, broadcasting, advertising technology, and augmented and virtual reality.

The new appointment is a part of FTI Consulting’s ongoing investments in the broader telecommunications, media and technology offerings globally. The company has acquired certain assets of Delta Partners and appointed Albert Leung and Harvind Raman as managing directors in the Telecom, Media & Technology industry practice in San Francisco, in July, as part of these investments.

Notably, FTI Consulting’s shares have declined 6% over the past six months, against the 51.1% rally of the industry it belongs to. 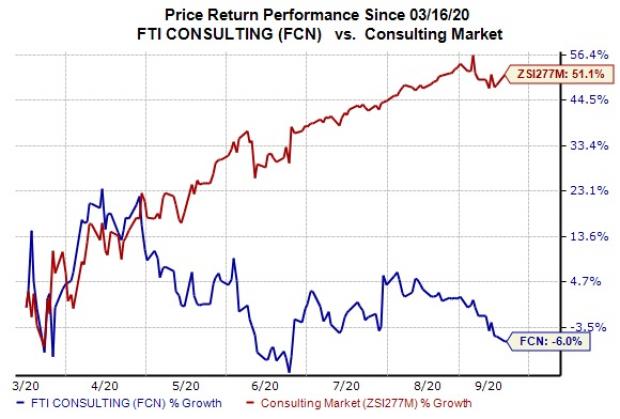 The long-term expected earnings per share (three to five years) growth rate for TeleTech, BG Staffing and Elastic is 12%, 20% and 26%, respectively.