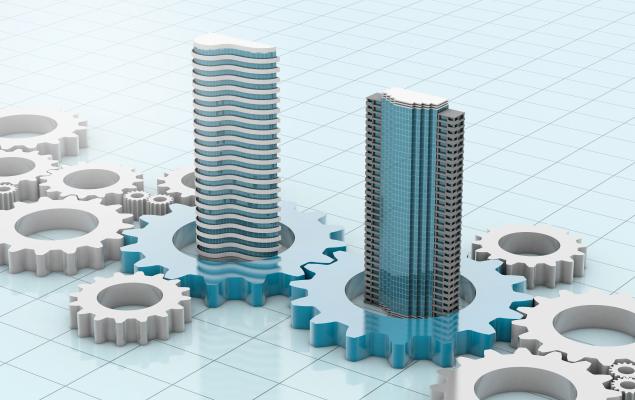 With elections approaching, Democratic presidential nominee Joe Biden is leading the race, according to several researchers and data points.

CNN poll indicates about 51% chances of Biden wining against President Donald Trump’s 44%. A new ABC News/Washington Post poll shows that Biden has 57% to 41% lead over Trump. Two other Minnesota polls released over the last few weeks by CBS News/YouGov and New York Times/Siena College have Biden up by nine points.

Among the various policies proposed by the frontrunner candidate, the tax plan is the top priority. The Democratic nominee proposed to partially roll back the lowered corporate tax rate enacted under the Trump administration. Biden is looking to hike corporate tax rate from 21% to 28% that could raise $1.3 trillion over the next decade and could be used toward manufacturing, education and health care segments (read: Key ETF Areas to Track as Biden Victory Looks Quite Likely).

However, Biden's economic agenda hinges on whether Democrats win a majority in both the House and Senate. He would first need to win the presidency, and Democrats would need to win the Senate while keeping control of the House. And if Biden wins the White House, his proposal should be passed on by the legislators.

Given that Biden’s proposed tax policy could hurt bank profits, ETFs in this space have been in the limelight.

This fund, having AUM of $1 billion and average trading volume of around 8.4 million shares, offers exposure to regional banks. It follows the S&P Regional Banks Select Industry Index, charging investors 35 bps a year in fees. KRE holds 125 securities in its basket and has a Zacks ETF Rank #4 (Sell) with a High risk outlook (read: Bank ETFs to Explode Higher on New Fed Policy).

This ETF offers exposure to 54 small and mid-cap regional bank stocks by tracking the Dow Jones U.S. Select Regional Banks Index. The fund has amassed $219 million in its asset base and sees a good volume of 175,000 shares a day. It charges 42 bps in annual fees and has a Zacks ETF Rank #4 with a High risk outlook.

This fund follows the KBW Nasdaq Regional Banking Index, holding 51 stocks in its basket. It is a relatively less-popular and less-liquid option in the space, with AUM of $27.1 million and average daily volume of 6000 shares. It charges 35 bps in fees per year from investors.

This fund provides exposure to companies primarily engaged in U.S. banking activities by tracking the KBW Nasdaq Bank Index. With AUM of $733.8 million, it holds 26 stocks in its basket and trades in solid volume of 728,000 shares per day on average. It charges 35 bps in annual fees and has a Zacks ETF Rank #3 (Hold) with a Medium risk outlook (read: Cyclical ETFs to Gain on Vaccine Progress & Market Optimism).

This fund follows the Nasdaq US Smart Banks Index, which measures the performance of U.S. companies within the banking industry. It holds 30 securities in its basket and charges 60 bps in annual fees. The ETF has AUM of $63 million and trades in average daily volume of 25,000 shares. It has a Zacks ETF Rank #4.

This fund offers equal-weight exposure to 88 banking stocks by tracking the S&P Banks Select Industry Index. Regional banks dominate the portfolio with 70% share while thrifts & mortgage finance, diversified banks, asset management & custody banks and other diversified financial services take the remainder. It has amassed $1.2 billion in its asset base while trading in heavy volume of 2.3 million shares a day on average. The product charges 35 bps in annual fees and has a Zacks ETF Rank #2 with a High risk outlook.

Why Should You Bet On Cash-Like ETFs Ahead of Elections