Trump vs Biden: A Sector Outlook

The election is fast approaching and investors need to ready themselves for some volatility in their portfolios. Biden and Trump have very different views on how the next four years should look for this country. Because of that, certain sectors of the market will respond to a victory from each candidate differently.

While there are positives and negatives for each candidate for the overall market, individual industries will be affected more directly. Below I discuss exactly what to expect from some selected sectors, and how to profit in either situation. But first let's talk about how the markets perceive each candidate.

Who Does the Market Favor?

The market would prefer Trump to any Democratic candidate because of the threat of higher taxes. While Biden is a net negative for investors, he is perceived as less harmful than Bernie Sanders would have been.

Because of Biden’s time as Vice President, the market knows what it is getting, which would be similar polices to the Obama Administration. This creates some clarity and calm with investors as opposed to Trump, who has created volatility in the past with his aggression towards China.

At the moment, the polls and betting markets give the edge to Biden. When he moved ahead of Trump, the stock market didn’t react negatively. This is a sign that the investors don’t have a major preference between the two outcomes. So, while the market might favor Trump slightly, there isn’t major favoritism as there would have been with other Democratic nominees.

Let’s look at a few sectors likely to perform well if Trump keeps his seat in the Oval Office.

Infrastructure- Materials and industrials will benefit with a stimulus bill on infrastructure. A big deal has been promised for years, but after COVID-19, we are likely to see finally some movement after the election. Trump has been eyeing an $1 trillion infrastructure package that would target roads, bridges and public transport as well as 5G network infrastructure. The stocks that build and supply the materials for these projects with directly benefit.

Energy- Trump would be friendly to the traditional oil companies, encouraging fossil fuel production with less regulation. Big oil could see a big rally in shares with any threat of a Green New Deal off the table.

Financials- Wall Street will benefit with lower taxes and less regulations. While banks have struggled with low interest rates, the market volatility has been good for trading.  Assuming the economy comes back and interest rates can tick higher, a second Trump term could be very bullish for the banks.

Donald Trump and Joe Biden have vastly different visions for America. After the election, different industries could skyrocket depending on who will lead the country for the next 4 years. Fast-moving investors can reap big gains when the buying frenzy begins.

In Zacks’ 2020 Election Stock Report, you’ll discover 6 stocks to own if Trump wins and 6 if Biden wins.

Before previous elections, Zacks reports recommended stocks that climbed +71%, +83%, even +185% in the following months.¹ This year’s picks could be even more lucrative.

Consumer Discretionary- A Trump win would mean taxes stay low – and they could possibly even go lower if Trump gets his desired middle-class tax cut of 10%. A cut of that size would put more income in people’s pockets, which would be good for the consumer staples and discretionary sectors. Think retail and discount retail stores as beneficiaries that would thrive with more cash in the pockets of the American consumer.

Now, let’s explore sectors likely to benefit from a Biden victory in November.

Infrastructure- Biden has even bigger ambitions on stimulus than Trump, aiming for $2 trillion of investment in his first term. Roads and bridges are of course on the agenda, but Biden will also focus on green spaces, water systems, electricity grids and broadband. A Biden presidency would have a focus on climate change, which brings us to our next sector.

Energy- Big oil is in trouble with a Biden win. Energy would see more regulations and a movement towards greener industries to modernize the economy to combat climate change. Think solar power under Biden.

Tech- The Trump admiration has been talking about rolling back protections for big tech. Additionally, Trump has had issues with tech platforms control of content, which has caused a conflict that could be an issue for big companies like Amazon, Facebook and Twitter.

While a Biden win might throw a wrench in the tech momentum due to tax concerns, the break-up threat wouldn’t be there. Additionally, improved relationship with China could help tech companies that have exposure to Chinese markets.

Gold- The amount of spending that is likely to come under Biden will bring the gold bugs out like never before. Not only will we get a big infrastructure bill, but the pandemic has set a precedent for the government to spend.

The next president will have a lot on his plate with an economy trying to recover in the midst of a pandemic. Both Biden and Trump have different views on key economic issues, especially tax policy and energy. The one thing they agree on is infrastructure; it’s just how much we need to spend that is the difference.

Investors should map out a clear path and strategy to put in place the days and weeks after the election. The next president’s plans will shift trillions of dollars around the economy and certain stocks will reward investors that get in early.

I've created a special report to help you capture the huge gains that these stocks could produce, starting immediately after the votes are counted.  Profits await to those that can execute!

Zacks’ 2020 Election Stock Report provides my best advice to targeting significant gains after the election results are announced. It reveals specific stocks and ETFs I believe could benefit most: 6 if Trump wins, 6 if Biden wins.

I wrote a similar report just before the 2016 election. My recommendations crushed the market with gains of +53%, +70%, +71% and +83% in the months following the election.¹ This year's returns could be even bigger.

The 2020 Election Stock Report is only available until Sunday, September 27.

Jeremy Mullin has been a professional trader for more than 15 years with specific expertise in profiting from patterns set by High-Frequency Traders. He is the editor of Zacks Counterstrike.

¹ The results listed above are not (or may not be) representative of the performance of all strategies developed by Zacks Investment Research. 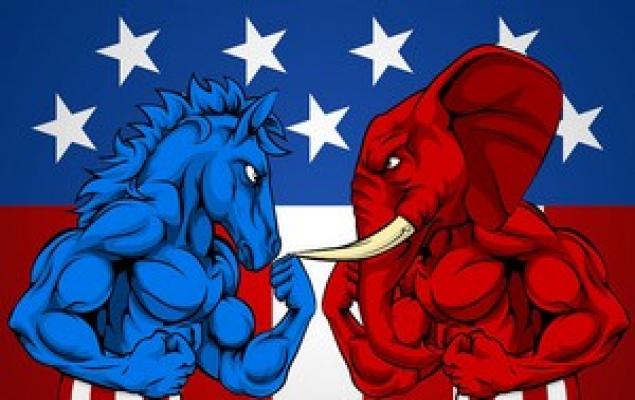 Game Plan for the 2020 Presidential Election