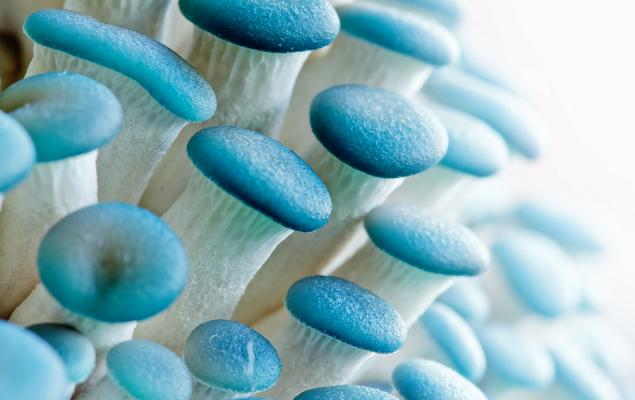 Volatility and uncertainty have dampening the stock market with September turning out to be the worst month since March. Election uncertainty, stretched valuations, lack of progress in new fiscal stimulus and resurgence in COVID-19 cases are weighed on investors’ sentiments. Additionally, disappointing job data in September and Trump’s positive COVID-19 test led to the chaos (read: Top-Performing ETFs of the Worst September Since 2011).

Notably, the U.S. economy added 661,000 jobs last month, which is fewer than expected and the slowest increase since the recovery began in May. Unemployment dropped to 7.9%, down from a historic record of 14.7% in April but higher than 4.8% when Trump took office in January 2017, indicating that the recent pace of recovery is slowing. The current level marks the worst job loss that any president has faced going into an election based on records going back to the Second World War.

However, investors’ flurry toward beaten down sectors like industrials, materials and consumer discretionary for a bargain overshadowed the negative news flow. This move has led to the outrperformance in the small-cap stocks, which were the hardest hit by the pandemic. This is especially true, as the Russell 2000 has added 0.3% over the past month compared to the losses of 2.3% for the S&P 500, 2.1% for the Nasdaq Composite Index and 1.6% for the Dow Jones (read: Value Outperforms Growth in September: 6 ETFs to Bet On).

Here, we have highlighted the reasons for outperformance of the small-cap stocks:

Apart from rotation to the cheaper areas of the market, easing monetary policy has been driving the small-cap rally. In its latest policy meeting, Chairman Jerome Powell kept U.S. interest rates near zero and pledged to keep rates at lower levels until the end of 2023. The central bank will not increase rates until labor market conditions return to “maximum employment,” and inflation has risen to 2% and “is on track to moderately exceed 2% for some time.” As such, it will continue to purchase at least $80 billion a month in U.S. Treasuries and $40 billion a month in mortgage-backed securities to make market movements smooth and “foster accommodative financial conditions.”

A low interest rate bodes well for small-cap stocks as it perks up economic activities and results in higher spending, thus boosting domestically focused companies. Further, small-cap stocks tend to perform well amid external issues like trade uncertainty, global slowdown concerns and geopolitical tension. Investors should note that tensions between the United States and China have flared up lately and rise in COVID-19 cases in Europe has sparked concerns over the global economic recovery.

With just four weeks away, election uncertainty has been currently the biggest risk to the stock market. Per the report, small-caps tend to perform well after a presidential election due to renewed focus on domestic issues. According to research from Citi strategist Scott Chronert, the average return for the Russell 2000 is 15% in the year after a presidential election since 1980. This is about 4 percentage points better, on average, than large-cap stocks (read: Trump or Biden, Small-Cap Stocks & ETFs to Gain).

Given this, we highlight five small-cap ETFs that have outperformed in a month and could be excellent plays for investors to beat the election uncertainty. These funds have gained more than 2% each and have a Zacks ETF Rank #1 (Strong Buy) or 2 (Buy), suggesting their continued outperformance:

This product offers exposure to small-cap U.S. companies whose earnings are expected to grow at an above-average rate relative to the market and follows Morningstar Small Growth Index. It holds 236 stocks in its basket and charges 30 bps in annual fees. The fund has amassed $259.5 million in its asset base.

This ETF also targets the growth corner of the small-cap space and follows the CRSP US Small Cap Growth Index. It holds 590 securities in its basket and has amassed $11.1 billion in its asset base. The fund charges 7 bps in fees per year (read: Growth or Value: Which ETFs Have an Edge Ahead of Elections?).

This ETF offers exposure to 119 stocks having the highest “momentum scores” by tracking the S&P Smallcap 600 Momentum Index. It has gathered $105.6 million in its asset base and charges 39 bps in annual fees.

This ETF tracks the Russell 2000 Growth Index, holding 1099 securities in its basket. With AUM of $9.1 billion, the product charges 24 bps in fees per year.

4 ETFs to Play the Hot Events of Q4