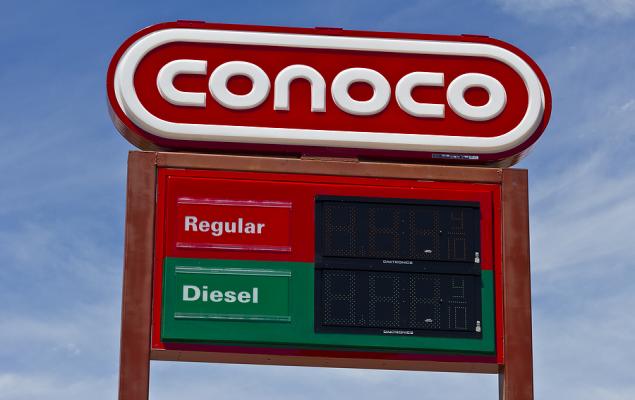 It was a week wherein both oil and natural gas futures logged sharp declines.

Overall, it was a pretty bad week for the sector. West Texas Intermediate (WTI) crude futures suffered a loss of around 8% to close at $37.05 per barrel, while natural gas prices slumped more than 13% for the week to finish at 2.438 per million Btu (MMBtu). In particular, the oil market extended their decline from the previous week.

Coming back to the week ended Oct 2, oil prices posted a decline after U.S. President Donald Trump tweeted that he tested positive for the coronavirus. With the pandemic showing no signs of letting off, the diagnosis roiled crude, reinforcing the uncertainty surrounding the commodity’s demand outlook.

1.  ExxonMobil recently provided a glimpse of third-quarter operations, which are expected to have been affected by the pandemic at large. The impact of the pandemic on energy demand and oil and gas prices is concerning, especially for companies like ExxonMobil. It is expected to incur losses in both upstream and downstream businesses in third-quarter 2020 due to continuing headwinds from the coronavirus pandemic.

Even though upstream operations are expected to gain $1.4-$1.8 billion in the third quarter from second-quarter 2020 due to improving liquids prices, it will likely bear an additional $100-$500 million brunt from declining gas prices.

Loss from the refining business is expected to increase $200-$600 million from the second-quarter loss of $600 million due to lower margins. Moreover, the company is expected to have a maximum $200 million negative impact from North American crude logistics differentials. The chemicals business’ margins are expected between $100 million decline and $100 million increase. (Will ExxonMobil Report Quarterly Loss for 3rd Time in a Row?)

2.  Royal Dutch Shell recently provided an update on third-quarter 2020 guidance.The upstream production is projected between 2,150 and 2,250 thousand barrels of oil equivalent per day (boe/d) after adjusting the impact of hurricanes in the Gulf of Mexico. The year-ago production was 2,606 thousand boe/d.

Shell estimates third-quarter oil product sales in the band of 4,000-5,000 thousand barrels per day. This indicates a 25.7% decrease from the year-earlier reported number due to a dramatic drop in demand stemming from the adverse COVID-19 impact, assuming that the upper end of the estimate will be met. The company expects third-quarter LNG liquefaction volumes to contract to 7.9-8.3 million tons from its previous year’s quarterly output of 8.95 million tons.

As part of a major overhaul to shift its focus to low-carbon energy, Shell plans to make 7,000-9,000 staff redundant by the end of 2022, thereby affecting 10% of its total workforce including 1,500 people who voluntarily agreed to exit the company this year. Shell expects the overhaul to deliver annual cost savings of up to $2.5 billion by 2022. The company also envisioned third-quarter post-tax impairment charges between $1 billion and $1.5 billion. (Shell Renews Q3 Outlook, Plans to Cut 10% Workforce by 2022)

3.  ConocoPhillips recently provided some preliminary operational and financial updates for the September quarter of 2020. The company’s third-quarter overall production is estimated in the range of 1,050-1,070 thousand barrels of oil equivalent per day (MBoe/d), excluding Libya. The expected figure indicates a sequential rise from 981 MBoe/d.

ConocoPhillips, which currently has a Zacks Rank #3 (Hold), expects third-quarter average realized prices in the range of $30-$32 per Boe, indicating a decline from the year-ago level of $47.07. However, the estimated figure signals an improvement from the second-quarter level of $23.09 per Boe.

Moreover, the company plans to resume share repurchases of $1 billion in the fourth quarter, following a five-month hiatus. It will use the cash available on the balance sheet to fund the stock buybacks. Earlier, it slowed down the pace of the 2020 stock buy-back program due to market uncertainties. As of Jun 30, 2020, the company had $2,907 million in total cash and cash equivalents. (ConocoPhillips Expects Q3 Output Surge, Resumes Stock Buyback)

4.  TOTAL SE (TOT - Free Report) aims to transform itself into a broad energy company by profitably increasing energy production from liquefied natural gas and electricity. Through strategic initiatives, the company is aiming to create long-term value for its shareholders.

TOTAL reaffirms the net-zero emission target for 2050 and has plans to reduce the Scope 3 emissions of European customers by 30%, in absolute value, by 2030. It aims to increase upstream production by around 2% per year between 2019 and 2025, mainly in the 2022-25 time period.

Given the unprecedented economic crisis led by the COVID-19 outbreak, TOTAL aims to maintain a capital investment strategy and be flexible enough to invest in the range of $13-$16 billion annually over the 2022-2025 timeframe, assuming oil price between $50 and $60 per barrel. Taking into consideration the current uncertainty and low prices, capital investment in 2021 is expected to be $12 billion.(TOTAL Puts Forward Long-Term Strategy and Outlook)

The company drilled wells 35/11-24 S, 35/11-24 A and 35/11-24 B, which are situated almost 7 kilometers west of the Fram field. The semisubmersible West Hercules drilled the wells 130 kilometers northwest of Bergen at a water depth of 356 meters. The company has permanently plugged and abandoned the wells. The drilling rig will now proceed to drill the wildcat well 6407/1-8 S, located in the Apollonia prospect, in the Norwegian Sea.

For the longer term, over six months, the sector tracker has gained 1.2%. Downstream operator Marathon Petroleum (MPC - Free Report) was the top gainer during the period, experiencing a 40.9% price appreciation.

5 Chemical Growth Stocks to Enrich Your Portfolio in Q4