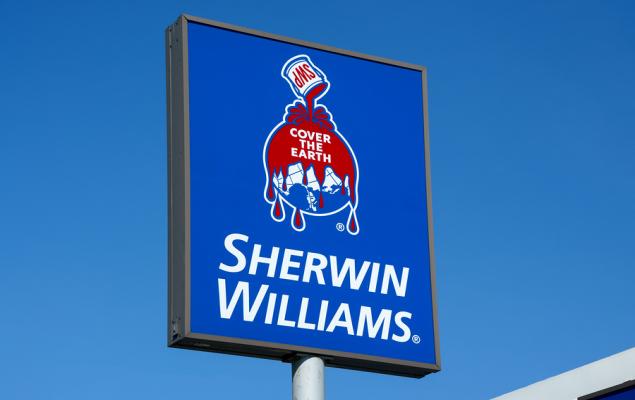 The Sherwin-Williams Company (SHW - Free Report) is benefiting from favorable demand in its domestic end-use markets, focus on growth through expansion of operations and productivity improvement initiatives. The company’s shares have gained roughly 19% over the past three months.

We are positive on the company’s prospects and believe that the time is right for you to add the stock to the portfolio as it looks poised to carry the momentum ahead.

Let’s delve deeper into the factors that make this paints and coatings giant an attractive choice for investors right now.

Shares of Sherwin-Williams have rallied 24.5% over a year against the 22.4% growth of its industry. It has also outperformed the S&P 500’s 14.4% rise over the same period. 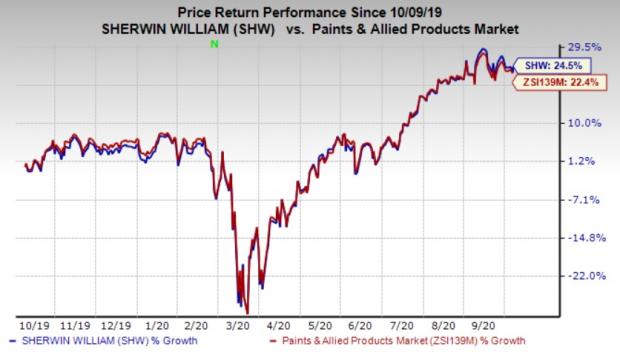 Over the past two months, the Zacks Consensus Estimate for Sherwin-Williams for the current year has increased 3.3%. The consensus estimate for 2021 has also been revised 2.5% upward over the same time frame.

Sherwin-Williams has outpaced the Zacks Consensus Estimate in three of the trailing four quarters. In this time frame, it has delivered an earnings surprise of 6.6%, on average.

The company remains committed to boost returns to its shareholders. It repurchased 1.7 million shares of its common stock in the first half of 2020. Sherwin-Williams, earlier this year, also hiked its quarterly dividend by 18.6% to $1.34 per share. It remains committed to maintain this dividend payout through the balance of 2020.

The company recently said that demand for architectural coatings in the third quarter was stronger-than-expected, mainly driven by new residential, DIY and residential repaint units.

Moreover, Sherwin-Williams remains committed to expand its retail operations. It is focused on capturing a larger share of its end-markets. The company plans to open around 50 new stores in 2020.

The SherwinWilliams Company Price and Consensus

Agnico Eagle has a projected earnings growth rate of 91.8% for the current year. The company’s shares have rallied around 42% in a year. It currently sports a Zacks Rank #1. You can see the complete list of today’s Zacks #1 Rank stocks here.

Yamana Gold has an expected earnings growth rate of 84.6% for the current year. The company’s shares have surged around 61% in the past year. It currently carries a Zacks Rank #2.

New Gold has an expected earnings growth rate of 75% for the current year. The company’s shares have shot up around 92% in the past year. It currently carries a Zacks Rank #2. 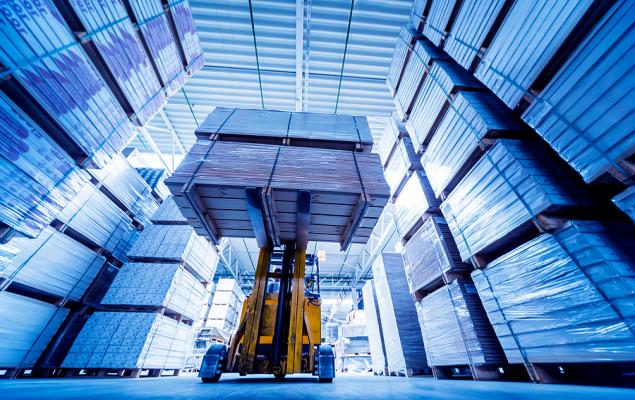