The market closed out its best week in months Friday, with the S&P 500 now up 4% in the last four weeks, as it regains momentum from its early September drop. The positivity comes as Wall Street grows more hopeful about the possibility of a second stimulus bill, perhaps before the November 3 election.

Meanwhile, some analysts and firms are pointing to the fact that there could be a more decisive victory in the presidential election, which would likely create less uncertainty and volatility. On top of that, the U.S. unemployment rate fell to 7.9% last month, with 11.4 million jobs added since the major layoffs in the spring, and the S&P 500 earnings outlook supports these trends.

Some industries are still being crushed by the coronavirus, such as travel and hospitality. But things are trending in the right direction, even for the worse hit areas of the economy. Clearly, there are still unknowns on the virus front, yet the only logical choice is to learn to live with it the best we can and hope a vaccine comes sooner than later.

There could be more near-term volatility. Luckily, investors with a longer-term horizon don’t really need to try to time the market, as it can prevent them from taking part in the big gains. Think of all the people that sold in early March and didn’t buy back in until late June. The goal is to try to stay as exposed to the market as you can handle, based on your timeline and risk appetite. 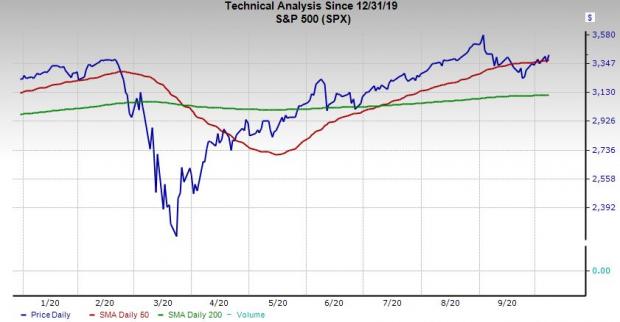 Let’s also remember there have been 24 market corrections since November 1974. And only five of them turned into bear markets. This means that downturns are a healthy part of the market. Plus, the Fed’s decision to keep its interest rate pinned near zero through at least 2023 likely creates a prolonged TINA effect—there is no alternative—as Wall Street hunts for returns in a yield-starved market.

Adobe topped our Q3 estimates in mid-September, with revenue up 14% for the second quarter in a row, while its adjusted earnings jumped 25%. The company’s ability to grow during these rough economic conditions shows how important its offerings are to its customers and highlights the strength of the broader cloud model.

Adobe’s suite of subscription-based creative and design software from Photoshop to Illustrator are often regarded as nearly irreplaceable by many individuals, businesses, and schools. ADBE’s Creative Cloud offerings can be viewed in a similar light to Microsoft’s (MSFT - Free Report) Office suite, which helps provide a solid moat.

ADBE has also expanded its business-focused platforms and solutions for marketing and commerce, while its PDF and e-signature units remain important. ADBE has expanded its full-year sales by over 22% in each of the past four years, with 15% growth in FY15.

Looking ahead, Zacks estimates call for its FY20 revenue jump 14.5% to reach $12.79 billion, with FY21 expected to come in another 15.3% higher to stretch its streak of double-digit sales growth to seven years. The creative software firm’s adjusted earnings are projected to jump 26% and 13%, respectively over this same stretch.

Adobe is a Zacks Rank #3 (Hold) at the moment that lands a “B” for Growth and an “A” for Momentum in our Style Scores system. The firm has also seen its overall earnings revisions picture improve since its last report.

The cloud software firm also continued to buy back stock during the quarter to highlight its stability and strength and return value to investors. ADBE shares have surged 50% in 2020. More impressively, the stock has matched Amazon (AMZN - Free Report) over the last five years, up 495%, which helps it crush Apple (AAPL - Free Report) and Netflix (NFLX - Free Report) .

Intuit, like Adobe, is part of the ever-growing cloud-based SaaS industry. The pandemic then highlighted how vital these software firms have become to businesses, big and small.

INTU offers a variety of financial services and it is arguably most famous for its online tax software, TurboTax. The company also sells software geared toward accounting, small business money management, and personal finance, which include QuickBooks and Mint.

Intuit boasts roughly 50 million customers globally and has seen its annual revenue grow by between 11% and 16% for the last five years. The firm topped our Q4 FY20 estimates in late August, with FY20 revenue up 13%. Zacks estimates call for its FY21 revenue to pop 7.4%, with FY22 projected to come in 11.3% higher to reach $9.18 billion. Meanwhile, INTU’s adjusted earnings are projected to climb by 9% this year and 14% in FY22.

Intuit's dividend yield roughly matches the 10-year U.S. Treasury. In the end, Intuit’s tax-focused offerings are unlikely to go out of style and its ability to expand its portfolio of financial services should help it continue to grow in our digitalized world.

Zoom became the breakout star of the coronavirus as businesses, schools, and people raced to stay as connected as possible. The company continues to outperform expectations even as the economy slowly returns closer to normal and friends and family cut back on their use. The reason is simple: ZM makes money from subscription-based paying customers that are still using its offerings non-stop in the current remote work and learning environment that will likely be here for a while—in some capacity.

Zoom also allows firms to scale down travel, which the pandemic could help normalize. And investors should know that Zoom, which went public in April 2019, was growing long before the virus, with fiscal 2020 sales up 88% for the period ended on January 31. ZM’s Q2 FY21 revenue skyrocketed 355% as it continued to add business customers. It’s also worth noting that Zoom has rolled out a Hardware-as-a-Service line of devices that are aimed at professionals that want to beef up their remote capabilities.

Zoom is a Zacks Rank #1 (Strong Buy) at the moment and sports an “A” grade for Growth and a “B” Momentum. ZM has crushed our bottom-line estimates by at least 100% in the trailing four quarters, and the stock is now up 622% in 2020 and roughly 30% in the last month.

The possibility of businesses remaining in their current remote capacity for a long time is realistic, especially for many professional services firms in big cities, where public transportation, elevators, and more hamper reopening plans. More importantly, Zoom’s longer-term success might hinge on companies finding the work-from-home world relativity seamless. This could see companies permanently cut back on rent and commercial real estate expenses, and have employees on something like half-in, half-home schedules. 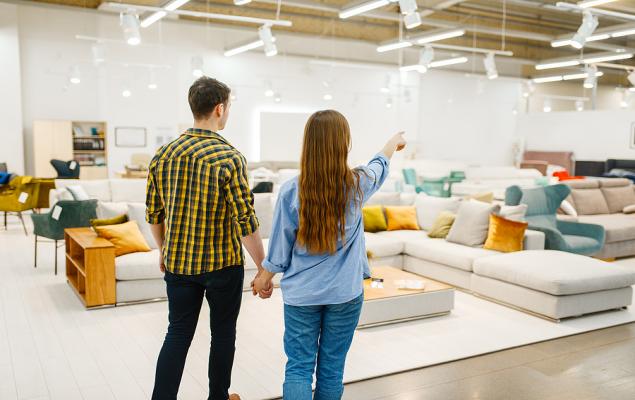