In February of 2019 at JPMorgan Chase’s annual investor day in New York, Jamie Dimon was asked a very provocative question and he gave a very surprising answer.

According to Andy Peters in the 2/26/19 American Banker article JPMorgan's Dimon: Square innovated where we should have, the boss was essentially asked "what companies could get steamrolled by his bank."

Long seen as a fast-moving financial services disruptor under his leadership, JPMorgan was investing billions of dollars every year in technology and had just debuted its own "online-only" bank, dubbed Finn. It was also set to become the first U.S. bank to launch a cryptocurrency, as I talked about in this November 2017 podcast and article...

Bitcoin or CRISPR: Which is the Bigger Disruptor?

Here's an excerpt from that Nov '17 podcast/article...

Bitcoin and the Madness of Crowds

Now, let's talk about this crazy mania going on in Bitcoin (BTC). Why is it surging above $10,000, more than doubling in a few weeks?

Hedge fund manager Mike Novogratz would sum it up in just four words: the herd is coming.

He's been saying that for at least a few months and what he means is that people -- and bankers -- are starting to catch on that there is something real and significant about these technologies.

We've covered bitcoin and blockchain twice here this month and I speculated it could go to $20,000 next year as more financial institutions adopt different aspects of this new asset class.

But I didn't understand blockchain and bitcoin well enough to invest in it even a month ago. Then I did some more homework and began to dabble. And whenever I do that, my learning curve really ramps up.

As I prepared my notes for this podcast, I had in mind a goal to warn anyone considering a bitcoin or other cryptocurrency investment to pay attention to the volatility. This new asset class is inviting all kinds of wild speculation, both in terms of what is theoretically possible and in terms of what price the other guy will pay for it.

(end of excerpt from Nov '17 podcast/article)

Jamie's Not Cryin', But He Regrets a Couple Things

So what did Jamie Dimon say in response to the "steamroller" query? From Andy Peters again...

"But rather than answer that question directly, Dimon responded by praising a company, Square, that has done things he wishes JPMorgan Chase had done."

Check out the video that accompanies this article to see exactly what Jamie said. I also name the single best analyst on Square (SQ - Free Report) who always understood its potential and kept you long the stock since its IPO in November of 2015.

And I dive into Square's recent purchase of $50 million worth of Bitcoin -- 4,709 "coins" to be exact at a purchase price in the neighborhood of $10,600. Which is almost another "end-run" by Jack Dorsey over Jamie Dimon as far as who would become the King of Crypto!

I wanted to understand what a $50 million stake meant for Square -- or any crypto crazies like me and Dave Bartosiak, who heads the Blockchain Innovators portfolio -- so I searched for other large public holders and found a great resource and table you'll see in the video.

It really puts Bitcoin in perspective in multiple ways for many different investors and use cases.

Clearly, the Grayscale Bitcoin Trust (GBTC - Free Report) owns the most BTC units with nearly 450,000 valued at over $5 billion (about 90% of assets).

What you might be surprised to find is that a little business intelligence software and logistics company called MicroStrategy (MSTR - Free Report) , founded in 1989, already owns a boatload more Bitcoin than Square with 38,000+ units valued at over $430 million.

MicroStrategy has invested more in Bitcoin than some of the ETFs that have to own it, and it represents fully 25% of their $1.6 billion market cap. Obviously, the management team there saw an opportunity to use their cash to invest in a crypto-blockchain future as it dovetails with BI software, payments, and global logistics.

Why Square Wants the BTC

As far as Square's "use case" for BTC, it's actually more than I first considered. The obvious case to me, ever since they allowed Bitcoin transactions on the Cash App over 2 years ago, was they just wanted to give their customers broader access to more digital and global payment/finance options.

But as I show in the video, Dorsey's mission is much broader and almost always about "democratizing" finance and technology for the little guy. I do this by showing the @Square Twitter (TWTR - Free Report) feed (of which @Jack is also the captain) where they announce the mission and meaning this way on October 8...

"Today, @Square announced that it has purchased $50M in bitcoin. Square believes cryptocurrency is an instrument of economic empowerment and provides a way to participate in a global monetary system, which aligns with the company’s purpose. For more, visit http://squ.re/investors."

That link leads you to a white paper titled Square, Inc. Bitcoin Investment Whitepaper, which I show in the video.

To be sure, $50 million is peanuts and pocket change for Square. It's less than 1/10th of 1% of the company's current $85 billion market cap. But the investment does represent approximately one percent of Square’s total assets as of the end of the second quarter of 2020, per their Investor Relations.

Still, it's both a renewed commitment to offering flexible, advanced-technology digital finance solutions to their small business customers and a deeper validation of the privacy-liberty-autonomy values of crypto and blockchain at their core. Here are the opening paragraphs of the Square whitepaper...

Square has been a leader in the bitcoin space since 2018 through our Cash App product, which provides customers the ability to buy and sell bitcoin. As believers in bitcoin’s potential for continued future growth, the company formed Square Crypto, an independent team solely focused on contributing to bitcoin open source work for the benefit of all. Square also recently launched the Cryptocurrency Open Patent Alliance (COPA), a non-profit organization encouraging crypto innovation, opening access to patented crypto inventions, and helping companies and individuals defend themselves against patent aggressors.

Given the rapid evolution of cryptocurrency and unprecedented uncertainty from a macroeconomic and currency regime perspective, we believe now is the right time for us to expand our largely USD denominated balance sheet and make a meaningful investment in bitcoin. We view bitcoin as an instrument of global economic empowerment; it is a way for individuals around the world to participate in a global monetary system and secure their own financial future. This investment is an important step in furthering our mission.

The Failure of Finn

As if Jamie Dimon didn't have enough headaches getting beaten at every turn in digital finance by the other JD (@jack), his attempt to innovate and capture Millennial banking customers with the all-digital Finn platform fell flat on its face as these headlines from Bloomberg and Business Insider, respectively, made clear in June 2019...

Here’s why JPMorgan got Finn wrong

Be sure to watch the video where I also go over details about the Advanced Micro Devices (AMD - Free Report) potential $30 billion bid for Xilinx (XLNX - Free Report) , which many analysts feel is dead in the water at the start. It seems to be the exact opposite take-over drama from this fairy tale love story I reviewed last month...

NVIDIA Strikes an ARMs Deal to Take All the Chips

AMD and NVIDIA (NVDA - Free Report) are going crazy right now to grab market share from Intel. And it's working.

It certainly doesn't hurt that Bitcoin is in bull mode again and crypto miners need all the high-powered GPU cards they can get from both of these top engineering labs.

Catch Cook's Kitchen every week for the latest, greatest takes in Tech Stocks that you won't get anywhere else!

Disclosure: I own NVDA, SQ, and AMD shares. 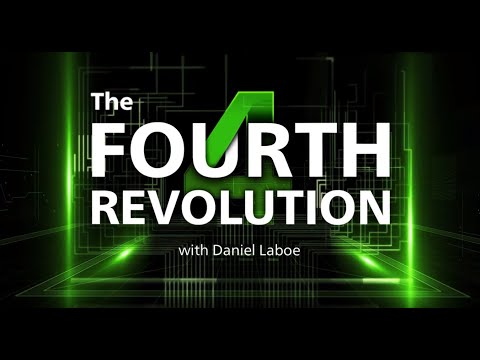