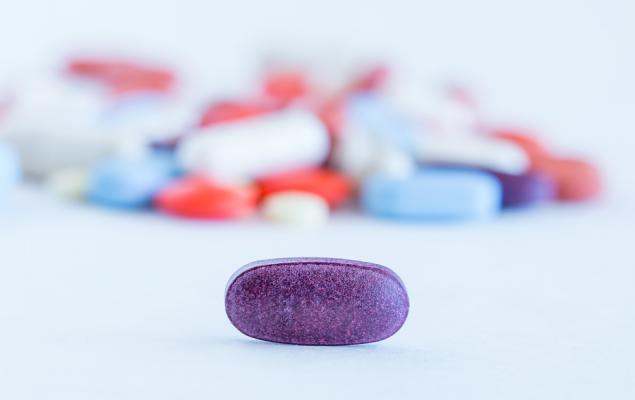 Swiss pharma giant Roche Holding AG's (RHHBY - Free Report) performance in the first nine months of 2020 was pretty ho-hum due to the impact of the COVID-19 outbreak and competition from biosimilars.  Nevertheless, the company confirmed its outlook for the year as the diagnostics division reported strong growth on increasing demand for COVID-19 tests.

While sales in the first quarter were strong, the metric declined in the second quarter and again stabilized somewhat in the third quarter.

Roche’s stock has gained 6.8% in the year so far against the industry’s decline of 0.1%.

The company reports results under two divisions — Pharmaceuticals and Diagnostics. All growth rates mentioned below are on a year-over-year basis and at constant exchange rates.

The company reported sales of CHF 14.7 billion in the third quarter of 2020, up 1% from the year-ago quarter. Sales at the Pharmaceuticals division decreased 4% to CHF 11.1 billion as growth in newly launched medicines such as multiple sclerosis drug, Ocrevus; hemophilia drug, Hemlibra; immuno-oncology drug, Tecentriq; and breast cancer drug, Perjeta, was offset by the impact of biosimilar competition for older drugs and COVID-19. Diagnostics division’s third-quarter sales climbed 18% to CHF 3.6 billion, primarily on the back of COVID-19 tests.

Sales of Avastin, approved for multiple oncology indications, were down 22% due to biosimilar competition in the United States, Europe and Japan.

Sales of Rituxan/MabThera (blood cancer and rheumatoid arthritis) declined 27% due to the launch of biosimilars in the United States, most EU markets and Japan.

Sales of lung cancer drug, Alecensa, surged 35% on solid growth across all regions.

Performance of the immunology franchise was driven by 33% growth in arthritis drug Actemra/RoActemra sales and 2% in Xolair sales. Gazyva/Gazyvaro sales grew 27%. Sales of hemophilia A drug, Hemlibra, surged 79%, fueled by strong uptake in the United States, Japan and Europe.

Sales of ophthalmology drug, Lucentis, were down 14% as patients delayed their visits to physicians due to the COVID-19 pandemic. Roche has a collaboration agreement with Novartis (NVS - Free Report) for this drug.

Revenues at the Diagnostics division rose owing to 77% growth in Molecular Diagnostics, driven by molecular testing. In the first nine months of 2020, COVID-19 and emergency testing strongly increased while routine testing decreased as a result of continued declining or delayed regular health checks and medical appointments.

Sales are expected to grow in low- to mid-single digits. Core earnings per share are estimated to rise broadly in line with sales. Roche expects to increase its dividend in Swiss francs further.

Roche made encouraging pipeline progress in the year so far. The FDA approved Evrysdi (risdiplam), an oral medication for the treatment of spinal muscular atrophy (SMA) in adults and children 2 months of age and older.

The FDA also approved Gavreto (pralsetinib) for the treatment of adults with metastatic RET fusion-positive non-small cell lung cancer as detected by an FDA-approved test.

However, the Covacta study of Actemra/RoActemra did not meet its primary endpoint of improved clinical status in hospitalized adult patients with severe COVID-19-associated pneumonia. In addition, the key secondary endpoints, which included the difference in patient mortality at week four, were not met.

Roche’s performance in the third quarter somewhat stabilized after the decline in the second quarter due to the coronavirus outbreak. While growth in Ocrevus, Perjeta, Tecentriq and Hemlibra maintained momentum, COVID-19 disruptions and biosimilar competition weighed on the performance.