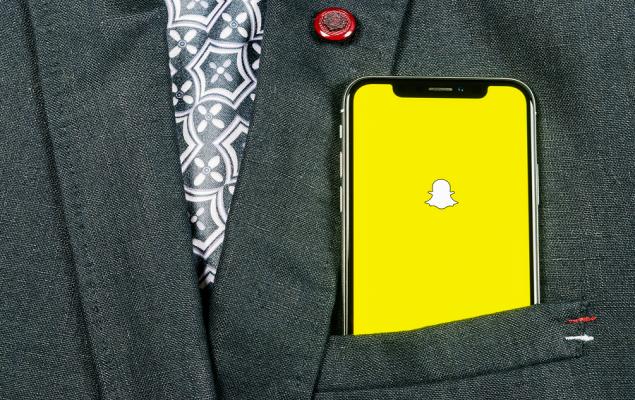 Snap (SNAP - Free Report) reported third-quarter 2020 earnings of a penny per share in contrast to the Zacks Consensus Estimate of a loss of 6 cents and the year-ago quarter’s loss of 4 cents.

Daily active users (DAU) at the end of the reported quarter were 249 million. Snap added 39 million DAU on a year-over-year basis and 11 million, sequentially. This growth was broad based with year-over-year and sequential growth in both iOS and Android platforms.

Snap is benefiting from improved user engagement. Notably, total daily time spent by Snapchatters watching Shows increased by over 50% year over year in the quarter under review.

Over 50 million Snapchatters watch content derived from TV on Snapchat each month on average, and this familiar programming has helped drive an 80% year-over-year increase in the average number of people watching Shows every day over the age of 35.

Meanwhile, the daily average number of Snapchatters in India watching Discover content increased by nearly 50% sequentially in the third quarter. Moreover, SportsCenter viewership on Snapchat increased by 80% from July to September.

The company’s VS The World docuseries franchise launched its second season, featuring Conor McGregor, and reached over 14 million viewers.

Additionally, the company launched unscripted series including The Solution Committee starring Jaden Smith and Coach Kev in which Kevin Hart inspires Snapchatters to live their best lives through bursts of inspiration, positivity, and wisdom.

As of the end of third-quarter 2020, over 1.5 million Lenses were created by the Snapchat community through Lens Studio. Markedly, the Raise Your Voice Lens generated over 70 million impressions and over 48,000 hours of playtime in the reported quarter.

In addition to AR and content, Snap is also building new ways to empower creators, developers, brands, and others to improve the entire Snapchat experience.

This Zacks Rank #3 (Hold) company partnered with TurboVote to launch a Snap Mini to help Gen Z and millennial audience register for the upcoming presidential election. Over 1 million U.S. users have signed up for the Mini, where they can get help with registration to vote. According to Democracy Works, more than 50% are likely first-time voters.

In the United States, Snapchat platform reaches 90% of 13-24 year olds and 75% of 13-34 year olds. Snap is also growing rapidly in other international markets, such as India.

Furthermore, in markets like France and the UK, young people turn to Discover as their destination for premium mobile content, with more than two thirds of the Gen Z and millennial population in both markets watching premium content on Discover.

During the quarter, Snap launched ‘Meet the Snapchat Generation,’ its first-ever global business-to-business marketing campaign, highlighting Snapchat’s unique audience alongside Platform Burst, which allows advertisers to purchase ad inventory across different formats to reach a significant portion of their target audience over a few days.

Moreover, the company launched Snap Select gaming bundle, which is the first commercial bundle tailored to a specific category and has led to impactful partnerships with advertisers.

In the quarter under review, the cost of revenues on a non-GAAP basis increased 31.3% year over year to $285 million. Infrastructure costs, revenue sharing costs and other expenses increased 19.2%, 66.7% and 38.5%, respectively, on a year-over-year basis.

Infrastructure costs per DAU in the reported quarter were 70 cents.

Gross margin on a non-GAAP basis expanded to 58% from 51% in the year-ago quarter.

Adjusted EBITDA was $56.4 million against a loss of $42.4 million in the year-ago quarter.

Free cash outflow was $69.5 million compared with $84 million reported in the year-ago quarter and $82 million in the previous quarter.

Given the uncertainties related to the coronavirus pandemic, Snap did not provide its fourth-quarter guidance for revenues and adjusted EBITDA.