Bandwidth Inc. (BAND - Free Report) is slated to report third-quarter 2020 results on Oct 29, after the closing bell. In the last reported quarter, adjusted earnings surpassed the Zacks Consensus Estimate by 13 cents. Notably, the company pulled off a trailing four-quarter positive earnings surprise of 93.7%, on average.

Despite the COVID-19 turmoil, the Raleigh, NC-based software company is expected to have recorded higher revenues on a year-over-year basis, mainly driven by higher Communications Platform as a Service (CPaaS) revenues, innovative technological solutions and broad-based growth across its customer base on the back of business resiliency. Bandwidth’s CPaaS segment, which is considered to be a key long-term growth driver, is likely to have played a major role in accelerating its growth momentum, while generating positive cash flow supported by cost-effective operations.

Bandwidth unveiled an innovative solution for Direct Routing and Dynamic E911 during the quarter. The launch is expected to have reinforced Bandwidth and Microsoft’s close-knit relationship with further opportunities to optimally support emergency calling capabilities. This is likely to be positively reflected in the upcoming results.

As one of the first major carriers to implement Secure Telephone Identity Revisited/ Signature-based Handling of Asserted Information Using toKENs protocols, Bandwidth collaborated with two leading organizations — Comcast and T-Mobile. The partnerships were mainly aimed at enhancing the interoperability of authenticated calls between their networks to combat the growing incidences of spam calls, thereby protecting both consumers and businesses. Such developments are likely to have had a positive impact on the company’s top line in the quarter to be reported.

For the September quarter, the Zacks Consensus Estimate for total revenues is pegged at $76 million, indicating a 26.7% jump. The consensus mark for adjusted earnings per share stands at a loss of 2 cents, which is narrower than the prior-year quarter’s loss of 6 cents per share.

Our proven model doesn’t conclusively predict an earnings beat for Bandwidth this season. The combination of a positive Earnings ESP and a Zacks Rank #1 (Strong Buy), 2 (Buy) or 3 (Hold) increases the odds of an earnings beat. But that’s not the case here.

Earnings ESP: Bandwidth’s Earnings ESP, which represents the difference between the Most Accurate Estimate and the Zacks Consensus Estimate, is 0.00% as both are pegged at a loss of 2 cents.

Zacks Rank: Bandwidth currently carries a Zacks Rank #3. You can uncover the best stocks to buy or sell before they’re reported with our Earnings ESP Filter.

Here are some companies that you may want to consider as our model shows that these have the right combination of elements to post an earnings beat this quarter:

Weyerhaeuser Company (WY - Free Report) is slated to release third-quarter 2020 results on Oct 30. It has an Earnings ESP of +6.03% and currently carries a Zacks Rank #2. You can see the complete list of today’s Zacks #1 Rank (Strong Buy) stocks here.

Newell Brands Inc. (NWL - Free Report) is scheduled to release third-quarter 2020 results on Oct 30. The company has an Earnings ESP of +0.33% and carries a Zacks Rank #2, at present. 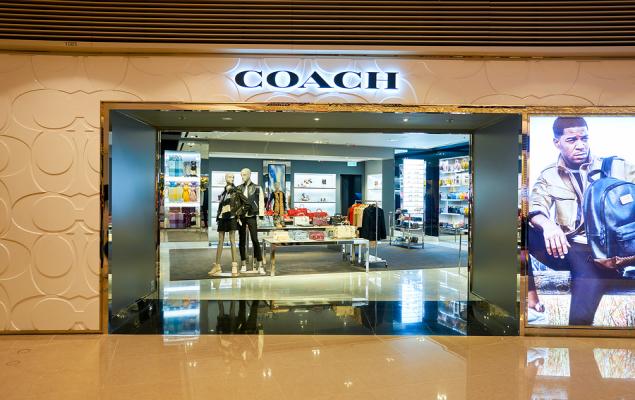 Here's How Tapestry (TPR) Looks Just Ahead of Q1 Earnings