Will ETFs Gain on Starbucks' Q4 Earnings Beat Amid Pandemic?

Starbucks Corporation (SBUX) released fourth-quarter fiscal 2020 results, after market close, on Oct 29. The company’s earnings and revenues topped estimates but declined sharply year over year. Notably, shares of Starbucks have declined 1.5% since the earnings release, largely due to weakness in year-over-year comparisons. Moreover, earnings estimates for the first quarter and fiscal 2021 were below analysts’ estimates, which might have disappointed investors.

Starbucks reported adjusted earnings of 51 cents per share, surpassing the consensus mark of 33 cents. In the prior-year quarter, the company had reported adjusted earnings per share of 70 cents. Revenues also declined nearly 8.1% year over year to nearly $6.20 billion but outpaced the Zacks Consensus Estimate of $6.08 billion. Starbucks also informed that due to the coronavirus pandemic, it lost nearly $1.2 billion in sales. The downside was primarily caused by store closures, limited sales channels, decreased operating hours and sluggish customer traffic.

Meanwhile, the coffee giant has been witnessing better-than-expected recovery in the United States and China, the company’s leading growth markets.

Starbucks opened 480 net new stores worldwide in the fourth quarter, taking the total tally to 32,660. Global store growth was 4% on a year-over-year basis.

The company’s Active Starbucks Rewards loyalty program expanded to 19.3 million active members in the United States, up 10% on a year-over-year basis.

Starbucks has issued its fiscal 2021 guidance. Management noted that fiscal 2021 is a 53-week year instead of the usual 52 weeks. The company anticipates global comparable sales increase between 18% and 23% for fiscal 2021. It also expects consolidated revenues in the range of $28 billion to $29 billion, inclusive of a $500-million impact attributable to the 53rd week. Non-GAAP earnings for the fiscal first quarter are anticipated at 50-55 cents. Moreover, for fiscal 2021, earnings are estimated in the range of $2.70 to $2.90.

Investors might want to take a look at a few consumer discretionary ETFs, which have notable exposure to Starbucks and can cash in on the coffee giant’s earnings results (see: all the Consumer Discretionary ETFs here):

The fund tracks the Consumer Discretionary Select Sector Index and comprises 61 holdings. Starbucks sits at the sixth spot. The fund’s AUM is $15.65 billion and expense ratio is 0.13%. The fund has lost 2.2% since Starbucks’ earnings release (read: 5 ETFs to Buy on Amazon's Blowout Q3).

It is an actively-managed fund which employs data science techniques to identify companies with exposure to the consumer staples sector. The fund comprises 124 holdings, with Starbucks occupying the sixth spot. Its AUM is $9.8 million and expense ratio is 0.18%. The fund has lost 1.2% since the coffee giant’s earnings release.

This fund currently follows the MSCI US Investable Market Consumer Discretionary 25/50 Index. Starbucks takes the seventh spot. The fund’s AUM is $3.78 billion and expense ratio is 0.10%. The fund has declined 2.9% since Starbucks’ earnings release (read: Will Coronavirus Vaccine & Treatment Optimism Drive These ETFs?).

This fund tracks the MSCI USA IMI Consumer Discretionary Index. Starbucks sits at the seventh spot. The fund’s AUM is $1.02 billion and expense ratio is 0.08%. However, it has lost 3% since the coffee giant’s earnings release (read: Trick or Treat Ahead for Tech ETFs After Earnings Subdue Mood?). 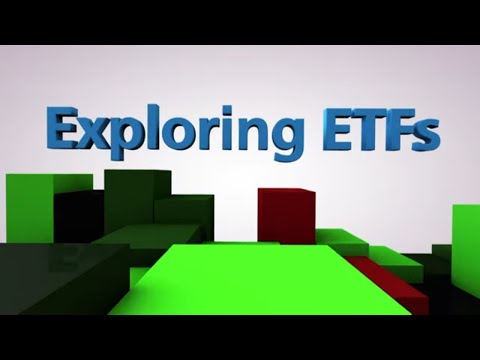 Why Cannabis Stocks & ETFs Are Soaring