Wall Street was in a cheerful mood last week as the S&P 500, the Dow Jones and the Nasdaq added 7.3%, 6.9% and 9%, respectively. Stocks registered their biggest weekly gains last week since April. The week saw the U.S. presidential election and the likelihood of a Biden presidency with a divided Congress. The Senate will likely be ruled by Republicans and the House by Democrats.

As a result, Wall Street booked remarkable gains a day after the election. The tech-centric Nasdaq gained 5.8%, outpacing the S&P (up 2.20% — its best performance since June) and Dow's (up 1.3%) gains. Per a MarketWatch article, the S&P 500 and the Nasdaq recorded the best post-election day rally in history.

The absence of a “blue wave” and democratic control left market experts believing that “the Senate stays more balanced, and that balance keeps a gridlock — which prevents big changes to health care and the tax code," said Darrell Cronk, president of Wells Fargo Investment  Institute, as quoted on nbcnews.com.

The hope of the passage of a fiscal stimulus deal (may be small in size) was probably another reason for the rally. Meanwhile, the latest U.S. manufacturing and jobs data too came in decent. Growth investing is also likely to maintain its strength.

Against this backdrop, below we highlight a few ETFs that emerged toppers last week.

Last week, Mississippi voted to legalize medical cannabis, per the Associated Press, as quoted on Businessinsider. Mississippi is one of the first conservative states to have okayed the medical use of cannabis. This along with Biden’s (who is in favor of legalizing cannabis) almost-victory boosted the space last week.

Silver prices surged last week as risk-on trade sentiments returned on hopes of a divided congress. We may see some fiscal stimulus in the coming days, which will strengthen cyclical activities in the economy. Silver, which plays a role of an industrial metal too, is thus poised to gain from a pickup in industrial activities. ETFMG Prime Junior Silver ETF (SILJ - Free Report) added 16.6% last week.

The Bank of England has announced an uptick in its already mammoth bond-buying stimulus by 150 billion pounds ($195 billion) amid fresh coronavirus lockdowns and the looming risk of Brexit. Corporate earnings have been decent in Europe. These developments along with low yields in the United States that drove investors to high-yield emerging markets, pushed iShares MSCI Poland ETF (EPOL - Free Report) higher. The fund that yields 4.18% annually, added 16.5% last week.

Biden sees America as becoming a 100% clean energy economy by 2035 and having net zero emission by 2050. If this happens, the entire supply chain of the electric vehicle industry will be charged up.

Then again, alternative energy like solar has seen a great run even in the Trump administration, which supported fossil fuel. So, the latest political scenario should be great for Invesco WilderHill Clean Energy ETF (PBW - Free Report) , which advanced 15.6% last week (read: Biden Or Trump: Clean Energy ETFs To Soar Ahead). 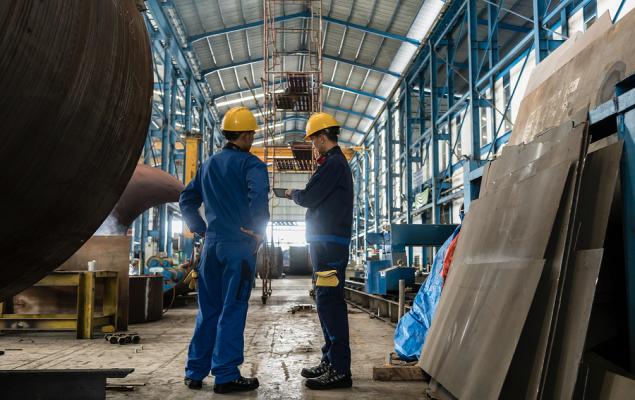