One major takeaway of the October sales report was Ford’s (F - Free Report) switch to releasing U.S. vehicle sales on a monthly basis. The U.S. auto giant started reporting sales on a quarterly basis last year, following the footsteps of its closest peer General Motors (GM - Free Report) . Ford’s overall sales slid 5.8% year over year for the month. However, its luxury division Lincoln’s sales saw an uptick of 2.8%. While Ford SUVs sales climbed 9.4% year over year, sales of compact cars were down 44.5%.

General Motors reported adjusted earnings of $2.83 per share for third-quarter 2020, comfortably surpassing the Zacks Consensus Estimate of $1.47. Moreover, the reported figure was significantly higher than the year-ago earnings of $1.72 per share. The top U.S. carmaker reported revenues of $35,480 million for the third quarter, which missed the Zacks Consensus Estimate of $38,020 million. Revenues, however, marginally increased from the year-ago figure of $35,473 million. It recorded adjusted automotive free cash flow of $9.1 billion for third-quarter 2020.

NIO Inc. (NIO - Free Report) reported vehicle deliveries for the month of October, which has set new records. China-based premium electric vehicle maker delivered 5,055 vehicles during the month, which skyrocketed more than 100% year over year. The deliveries comprised 2,695 ES6 model, the company’s 5-seater high-performance premium smart electric SUV, and 1,477 ES8 model, NIO’s 6- and 7-seater flagship premium smart electric SUV. By October-end, aggregate deliveries of ES8 and ES6 models were as high as 63343, including 31,430 deliveries made in 2020.

Ford issued safety recalls for more than 375,000 vehicles to fix a suspension defect. There are issues with rear suspension toe links that can corrode and fracture, thereby reducing steering control and increasing the chances of a crash. The recall affects select Ford Explorer vehicles built between 2012 and 2017. The action covers 350,000 and 25,200 vehicles in the United States and Canada, respectively. Importantly, the firm is aware of 13 accidents and six injuries due to the rear suspension toe link problem.

CNH Industrial N.V. (CNHI - Free Report) posted third-quarter 2020 adjusted earnings per share of 11 cents, which comfortably surpassed the Zacks Consensus Estimate of 2 cents. However, the reported figure was slightly lower than the year-ago earnings of 16 cents per share. Consolidated revenues climbed 2% from the year-ago level to $6,492 million. The reported metric also handily beat the Zacks Consensus Estimate of $5,468 million. The firm expects net sales from industrial activities for 2020 to be down 10-15% year over year. FCF from industrial activities for the ongoing year is envisioned in the band of $0.4-$0.7 billion.

Navistar and Volkswagen’s truck arm TRATON finally entered into an agreement, wherein the latter will acquire the remaining shares of the former for $44.5 a share in cash. Following the deal, TRATON — which currently owns a 16.7% stake in Navistar — will become the sole owner of the U.S.-based manufacturer of medium and heavy trucks. Considering Volkswagen’s limited exposure in the North American truck industry, and Navistar’s strong footing in the region along with impressive dealership networks, the deal will fuel the German-based auto giant’s prospects. 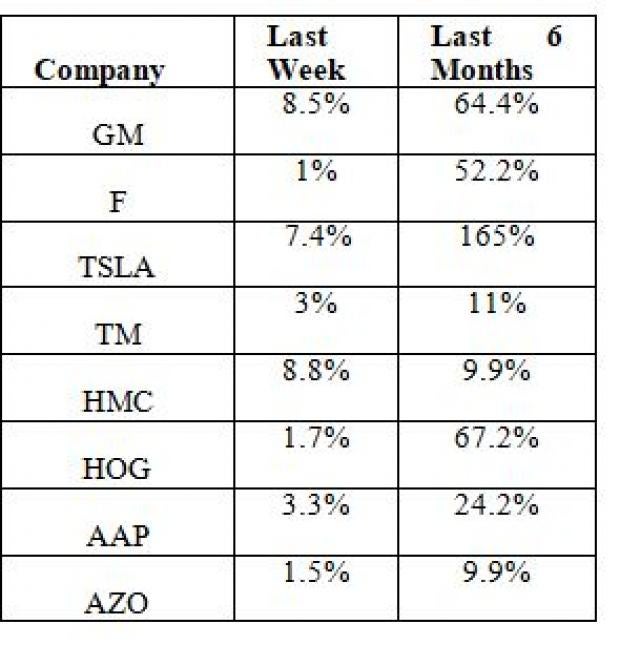