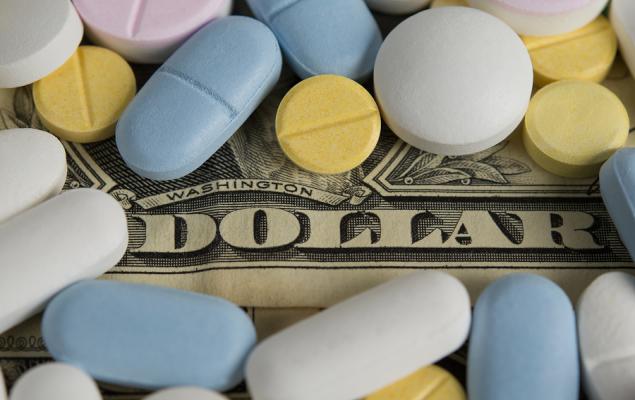 ImmunoGen, Inc. (IMGN - Free Report) reported loss of 13 cents per share for the third quarter of 2020, narrower than the Zacks Consensus Estimate of a loss of 20 cents and the year-ago loss of 15 cents.

Revenues came in at $18.2 million, which also beat the Zacks Consensus Estimate of $15 million. Revenues were up 36.8% year over year, mainly driven by higher non-cash royalty revenues.

ImmunoGen’s shares have gained 19.1% so far this year against the industry’s decrease of 4.9%. 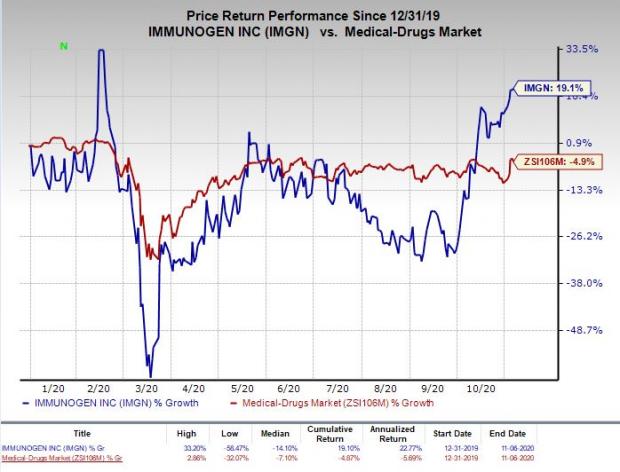 For the third quarter, Immunogen reported license and milestone fees of $97,000 compared with $79,000 in the year-ago period.

During the quarter, research and development expenses increased 17.5% from the year-ago level to $24.7 million due to restructuring initiatives, partially offset by higher expenses related to clinical studies. General and administrative expenses increased 11.1% to $10.2 million in the third quarter of 2020.

It is also evaluating the candidate in a pivotal study — SORAYA — in platinum-resistant ovarian cancer patients. The company expects the data from this study to form the basis of the candidate’s regulatory filing under accelerated pathway for ovarian cancer. Data from the MIRASOL study will support its continued approval in the indication. Top-line data is expected in the third quarter of 2021

The company is also evaluating multiple combination regimens of mirvetuximab soravtansine in a phase Ib FORWARD II study for treating platinum-resistant ovarian cancer. The company is evaluating a triplet cohort — mirvetuximab plus Roche’s (RHHBY - Free Report) Avastin (bevacizumab) and carboplatin — as part of this study.

In October, the company entered into an exclusive collaboration agreement with China-based Huadong Medicine to develop and commercialize mirvetuximab soravtansine in mainland China, Hong Kong, Macau, and Taiwan.

The company has another promising candidate, IMGN632, in its pipeline. It is being developed in clinical studies as monotherapy or in combination with Bristol-Myers’ (BMY - Free Report) Vidaza or AbbVie (ABBV - Free Report) /Roche’s Venclexta for treating acute myeloid leukemia (“AML”). It is also developing IMGN632 monotherapy in early-stage studies in patients with blastic plasmacytoid dendritic cell neoplasm and acute lymphocytic leukemia.

The company initiated a phase I study on IMGC936 to evaluate it in solid tumors recently. The company will co-develop the candidate with MacroGenics.

It expects cash resources along with net proceeds from sale of common stock as well as anticipated future cash receipts from partners to be enough to fund its operations through the second half of 2022.