QIAGEN N.V. (QGEN - Free Report) has announced the CE-IVD mark and European launch of the NeuMoDx Flu A-B/RSV/SARS-CoV-2 Vantage Test to identify influenzas A and B, respiratory syncytial virus (“RSV”) and SARS-CoV-2 infections. The multiplex polymerase chain reaction (“PCR”) test is expected to aid healthcare professionals in faster identification and differentiation between patients with common seasonal respiratory infections and COVID-19.

The company has also submitted an Emergency Use Authorization (“EUA”) request to the FDA.

Additionally, the company has expanded specimen types that can be used on the existing NeuMoDx SARS-CoV-2 test. Also, CE-IVD approval has been obtained for the use of saliva samples collected with the NeuMoDx Saliva Collection Kit. The claim extension for the saliva collection kit is currently in review with the FDA. The singleplex test was granted an EUA in March.

With the latest test launch and label extension, QIAGEN aims to expand its NeuMoDx testing menu, thus strengthening its foothold in the global PCR testing arena. All these developments are expected to significantly boost the company’s broader Molecular Diagnostics business on a global scale.

For investors’ note, the company fully acquired NeuMoDx in September.

With the onset of the flu season, the ability of the PCR test to detect and differentiate influenzas A and B, RSV and SARS-CoV-2 infections within lesser time is of crucial importance. As these viruses produce similar respiratory symptoms, it becomes imperative to provide differential diagnosis among them for treatment and management decisions, especially during the pandemic.

In addition to the launch of the PCR test, QIAGEN’s expanded sample collection kit allows for less-invasive sample collection unlike commonly used nasal swabs. Thus, it reduces the burden on the supply of the nasal collection devices and increases laboratory testing capacity.

Per a report by Research And Markets, the global market for PCR is estimated to be $7.8 billion in 2020 and is projected to reach $11 billion by 2027 at a CAGR of 5%. Factors like the unrelenting spread of the pandemic and PCR testing being the gold standard in coronavirus testing, and the need for early detection of chronic diseases are expected to drive the market.

Given the market potential, the launch of the multiplex PCR test and label expansion is expected to significantly boost QIAGEN’s business on a global scale.

Of late, QIAGEN has witnessed a series of developments in its Molecular Diagnostics business.

The company, this month, has started commercialization of a portable digital test — QIAreach SARS-CoV-2 Antigen Test — in the United States to aid the laboratories to detect SARS-CoV-2 antigens in people with active infections in lesser time.

QIAGEN, in October, announced a non-exclusive agreement with Phase Genomics, Inc. to license specific patents to sell its EpiTect Hi-C kits in the United States. The same month, the company announced its plans to launch a straightforward approach to viral RNA epidemiology — QIAprep& Viral RNA UM Kit — that will significantly simplify and accelerate PCR analysis and remove key testing bottlenecks for SARS-CoV-2 and other RNA viruses.

In August, QIAGEN announced the U.S. launch of the QIAreach Anti-SARS-CoV-2 Total Test, which is an easy-to-use digital test done on a portable device that provides faster results to detect antibodies in people exposed to the SARS-CoV-2 virus. 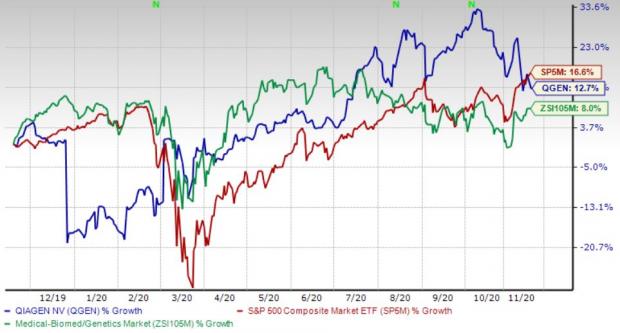 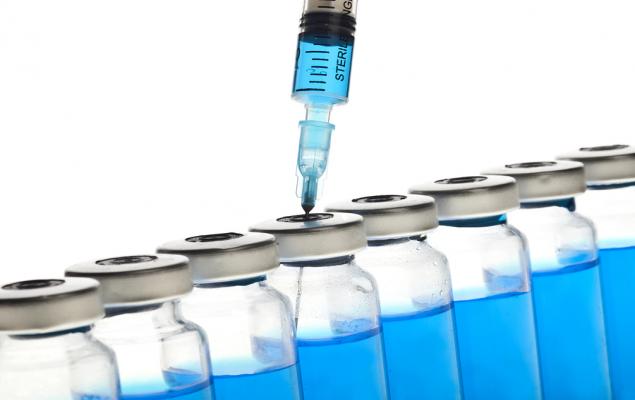