Entergy Corp.’s (ETR - Free Report) subsidiary, Entergy Louisiana recently closed the acquisition of the Washington Parish Energy Center, a natural gas-fired power plant located in Bogalusa, LA, with total generation capacity of approximately 361 megawatt (MW). The plant, worth $261 million, will supply electricity to Entergy’s customers at some of the lowest rates in the United States.

The takeover was completed ahead of time. It was originally expected to be completed in 2021. Notably, this acquisition is another step forward for Entergy toward achieving its target of net-zero carbon emissions by 2050.

The U.S. Energy Information Administration (EIA) forecasts the share of U.S. electric power sector generation from natural gas-fired power plants to increase from 37% in 2019 to 39% in 2020. Considering such growth prospects along with the fact that Louisiana is one of the top five natural gas producing states of America, the acquisition of Washington Parish Energy Center appears to be a prudent move.

While the latest takeover of the natural gas plant will further enhance Entergy’s clean energy portfolio, the company has also been investing in the other branches of renewable energy sources.  Evidently, the company is currently conducting construction work on one of the largest solar facilities, the Capital Region Solar facility. It is a 50-megawatt solar project in Louisiana, which will offset the equivalent of nearly 19,000 passenger vehicle emissions each year, once completed. Entergy plans to purchase the output under a 20-year agreement.

Meanwhile, the company’s another subsidiary Entergy Arkansas is planning to purchase Walnut Bend, a 100 MW solar farm. Entergy Texas, another subsidiary, aims to buy 100 MW Liberty County Solar facility. Such initiatives, including the latest acquisition, are expected to bolster the company’s position in the booming renewable energy market.

Realizing the need and advantage of the rapid shift toward clean energy, utilities across the board are enhancing their renewable portfolio, through varied efforts. For instance, in September 2020, Duke Energy Corp. (DUK - Free Report) announced that Duke University is going to purchase 101 MW of solar capacity from the former. Notably, Duke Energy has a partnership with the academic institution for promoting clean energy in North Carolina.

In the past six months, shares of Entergy have gained 10.9% compared with the industry’s rise of 7.3%. 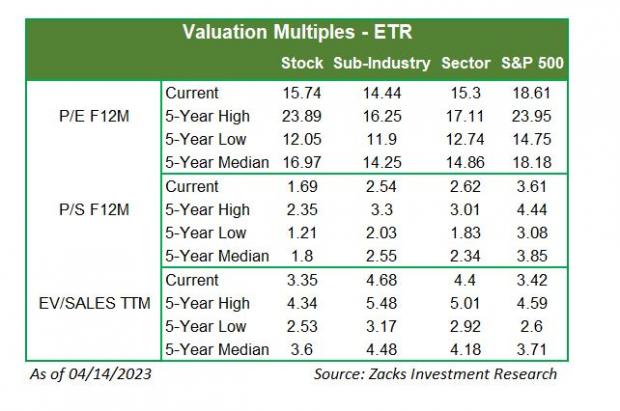