In February I profiled the buying and selling of several big name hedge funds, including one of the biggest you've probably never heard of with the largest private stake in Tesla (TSLA - Free Report) , besides Elon Musk himself.

Despite the changing fortunes of those companies and their investors during and after the Corona Crash, that video and article are still highly relevant as I covered how to view and track institutional buying and selling of stocks.

And there is a very important investing lesson I am trying to convey today by reviewing their positions and moves 8 months later with a new video and article -- especially when we take a closer look at what that big Tesla fund did in the past few quarters with their giant stake.

Here's that February link and how I introduced Baillie Gifford asset managers, who started buying TSLA in 2013...

BG is also the largest shareholder in one of my favorite leaders of the genomics revolution, Illumina (ILMN - Free Report) . In fact, with 17.7M shares, they own more than Vanguard or Blackrock, who both hold just over 11 million shares each. And the BG team was still adding in Q4 with 480K new shares!

(end of excerpt from February piece on Baillie Gifford)

In that video and article I also explain why, for the most part, it helps to look beyond the steady buying of behemoth investors like Blackrock, Vanguard, Fidelity and State Street because they have so many different entities they need to buy stock for. Their presence in a bull market, with no recession in sight, is vital but it is also more like the reliable ocean currents and trade winds.

But you're probably wondering what happened with Baillie Gifford's giant TSLA stake. Well, they hung on very tight -- even during the Corona Crash only selling about 1.75 million shares.

And in Q2, they barely trimmed 300K shares. I think both of these sales were simply adjusting for the massive size that TSLA shares had become as a percentage of their portfolios.

In fact, I bet that Q1 sale probably wasn't as TSLA crashed from $900 to $400, but merely a forced policy move as the shares climbed above 7% of the asset manager's funds, and sometimes north of that mark in terms of ownership of the electric vehicle maker itself.

And that's precisely why they had to sell a big chunk in Q3. Given the 5-for-1 stock split in August, Baillie Gifford's roughly 11.8 million shares at the end of Q2 turned into nearly 59 million.

The firm sold 24 million shares to end the September quarter with about 34.7 million, creating several billion dollars in long-term capital gains for their investors. One smaller fund manager within the BG family achieved a 70% return so far this year on their TSLA stake.

That's not hard to imagine when you understand that the average holding price of their funds is probably somewhere near $40, split-adjusted.

In Search of Forever Investments

In a February 7, 2020 Wall Street Journal article by Julie Steinberg, The Scottish Fund Manager That’s One of the Biggest Winners on Tesla, the reporter spoke to some Baillie Gifford representatives and discovered that several BG funds hold the stock and "there is no house view on when to buy or sell."

Steinberg also got this great quote which seems like the perfect antidote to the stress most investors have felt holding TSLA during earnings season...

“[Tesla’s] quarterly numbers don’t matter,” said Catharine Flood, corporate strategy director for Scottish Mortgage Investment Trust PLC, a Baillie Gifford fund that holds Tesla. The most important question is what is happening in the transportation industry, she said, and the long-term implications for the sector’s transformation.

While finding the next 15-bagger like TSLA won't be easy, you can bet that BG managers are busy researching and putting money to work to discover it. I was excited to see they've kept holding and adding to other great ideas like ILMN and Shopify (SHOP - Free Report) , their 5th largest position.

They also grabbed another 540K shares of Slack (WORK - Free Report) in Q3 to bring their haul to over 8.6 million, which is paying off nicely on the CRM acquisition move.

But the most exciting idea I find now in the Baillie Gifford investment show is The Trade Desk (TTD - Free Report) where they added 43K shares in Q3 to bring their stake to 2.85 million, making them the 3rd largest holder.

I call this new digital platform "the CME of advertising" because they have turned traditional ad buying with Insertion Orders into a dynamic, algorithmic trading environment with thousands of auctions per hour for internet and OTT (streaming TV) advertising "real estate."

That's it for this break-down of "which whales are buying and selling your stocks." Leave me your comments on YouTube if you have other stocks you want me to look at!

Disclosure: I own shares of SQ, TTD, and SHOP for the Zacks TAZR Trader portfolio. 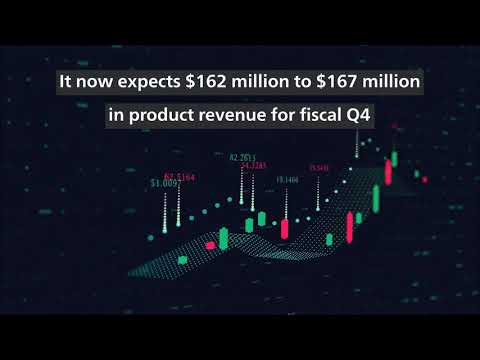