The S&P 500 and the Nasdaq both hit fresh records on Thursday, as stocks continue their rally to start December. The gains come after the Dow climbed 12% in November for its best month since 1987. And Wall Street is finally casting a wider net outside of the pandemic high-flyers like Zoom Video (ZM - Free Report) , Target (TGT - Free Report) , and other companies that benefitted from the social distancing push.

The positive news on the vaccine front was clearly the catalyst for November’s wide-spread rally that saw over 450 stocks in the S&P 500 climb. This marked the largest share for any month since April, according to the Wall Street Journal, and crushed October’s 212 figure and September’s 153.

Investors are projecting that the hard-hit areas such as energy and travel will be able to bounce back in 2021 if a vaccine is rolled out. Meanwhile, the earnings outlook continues to improve for the fourth quarter and beyond and the U.S. economy remains in comeback mode.

In the background of all of this is the Fed, which plans to keep its interest rate near zero through at least 2023. This should provide a boost to stocks as investors hunt for returns in a yield-starved market. Clearly, the bullish case for 2021 is not that hard to make.

With this in mind, let’s dive into three growth-focused tech stocks to consider buying that aren’t banking on a vaccine in a major way…

The Trade Desk is an algorithmic, real-time bidding advertising firm that’s ready to benefit from the continued shift to digital ad spending. TTD enables its clients to reach consumers on titans like Google (GOOGL - Free Report) and Facebook (FB - Free Report) . But that is pretty straightforward these days, and let’s not forget that both are under heavy government scrutiny.

Digital ad spending surpassed traditional media buying in 2019, as more people cut the cord, turned off their radio dials, and continue to disconnect from various forms of legacy entrainment. The overall digital ad market is projected to reach $225 billion by 2024 in the U.S. alone, up from around $150 billion this year. This gives TTD plenty of room to expand.

The company topped our Q3 estimates in early November, with sales up 32%. This marked a strong return to growth after the global ad space tumbled in Q2 amid coronavirus spending cuts. Zacks estimates call for TTD’s Q4 sales to jump 35% to help lift its adjusted EPS by 27%. Peeking further ahead, TTD’s overall revenue is projected to jump 22% this year and another 34% in FY21 to hit $1.1 billion. Meanwhile, its adjusted EPS figures are expected to climb by 20% and 3%, respectively.

Trade Desk’s strong bottom-line revisions help it grab a Zacks Rank #1 (Strong Buy). TTD also rocks “B” grades for Growth and Momentum in our Style Scores system and the stock has soared over 50% in the last month, as Wall Street showed love for its Q3 report and outlook.

TTD is now up 250% in 2020 and has soared since its 2016 IPO. Despite this impressive run, it might be worth considering Trade Desk as a bet on the ever-growing digital ad age that requires more ingenuity than ever, as people pay to avoid ads on places like Netflix (NFLX - Free Report) .

Chip firms look to foundries such as TSMC for their integrated circuit production because the costs and actual time involved are enormous. This makes building chips in-house less attractive, if not impossible for countless firms. And Taiwan Semiconductor has stepped into this key space within the chip industry to land deals with giants like Nvidia.

The company is even helping produce Apple’s (AAPL - Free Report) new in-house processors, and TSMC could become more valuable as the U.S. and other countries evaluate some of their ties directly to China. TSM also stands to capitalize on the transition to 5G and benefit in the long haul from a world where chips are commonplace and vital. The stock has outpaced the broader tech sector over the last five years, up 330% vs. 130%. This run includes an 85% jump in the past six months and a 30% climb in the last three.

TSMC’s sales have climbed by roughly 30% or higher in the trailing four quarters. Looking ahead, Zacks estimates call for its full-year sales to surge 38% to help lift its adjusted earnings by 62%, with its top and bottom-line growth set to continue next year.

TSM’s positive EPS revisions help it hold a Zacks Rank #2 (Buy) and its 1.4% dividend yield blows away many other growth-focused tech players, Microsoft's (MSFT - Free Report) 1.1%, and the 10-year U.S. Treasury. Plus, TSM’s Circuit Foundry industry grabs the No. 6 spot out of over 250 Zacks industries and it trades at a discount vs. Microsoft and Apple in terms of forward earnings.

Nvidia has been one of the biggest success stories in the entire market over the last five years, with the stock up nearly 1,500%. Wall Street loved the GPU power’s ability to grow within the booming video gaming space and benefit from cryptocurrency mining. More importantly, investors loved NVDA’s expansion into data centers and cloud computing.

The company posted blowout and record Q3 results on Nov. 18, with overall sales up 57% and data center revenue up 162%. NVDA also posted strong gains in its gaming unit, which jumped 37% to account for roughly 50% of total revenue.

NVDA stock appears to be taking a much-needed breather after its big run in 2020. NVDA shares have moved sideways since its report and they have trailed the chip industry over the trailing three months, up 6% vs. 15%. The stock has hovered just above and below its 50-day moving average during the last month and a half, which could mean it’s due to breakout at some point.

Back in September, NVDA made a splash when it announced its acquisition of Arm Limited from Softbank (SFTBY - Free Report) for $40 billion, most of which will be paid in stock. Arm is one of the most important behind-the-scenes companies in the market. It designs and licenses the basic blueprints of chips that consume the least amount of energy, which are used in roughly 90% of the world's smartphones. Yet, the biggest chip deal in history faces a tough regulatory approval process in the U.S., China, and the U.K.

Even if NVDA’s Arm deal doesn’t go through, it’s well-positioned for the future. Zacks estimates call for its Q4 sales to surge 55% and 45% in Q1 FY22, with its adjusted earnings projected to climb by 48% and 40%, respectively. NVDA’s longer-term sales and earnings outlook appears strong as well. And its bottom-line trends help Nvidia grab a Zacks Rank #2 (Buy), alongside an “A” grade for Momentum. And 19 of the 26 brokerage recommendations Zacks has for Nvidia come in at a “Strong Buy,” with three more at a “Buy.” 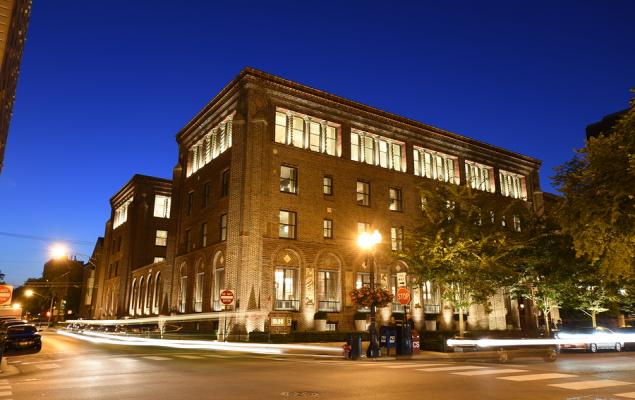