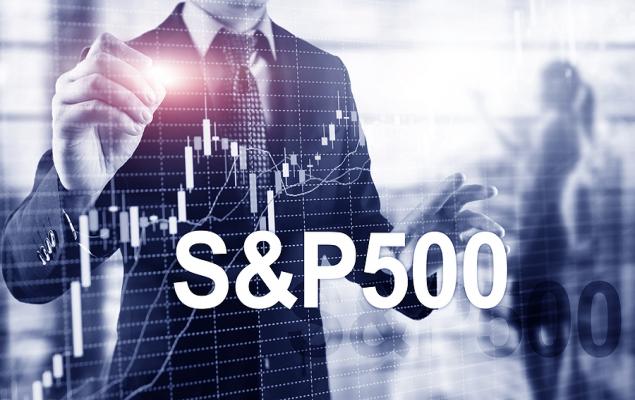 Wall Street has been on a historic rally with the S&P 500 Index extending its gain from the best November ever. Vaccine optimism and the likelihood of its availability soon have been bolstering investors’ confidence. This is because the vaccine will lead to a swift recovery in the economy, which was battered by the pandemic.

The potential for a divided Congress with President-elect Biden and better-than-expected earnings have added to the strength. The divided government is favorable for the economy, as there will be lesser chances of major tax increases and tighter regulations. The prospect of a smooth transition of Biden to the White House has also been driving the stocks higher (read: After a Historic November, What Awaits ETFs in December?).

The combination of factors has set the stage for the S&P 500 Index to make new highs as we move toward the next year. Further, the stocks are poised to reap benefits of massive cheap money flowing into the economy, along with anticipated additional round of fiscal stimulus. Lower interest rates will continue to fuel the economy, leading to higher spending power.

According to data from Bloomberg, the average forecast of Wall Street for the S&P 500 is more than 3,900 for 2021 with some projecting an even bigger increase. Morgan Stanley expects the S&P 500 to hit 3,900 by December 2021 while Barclays projects the benchmark to surpass the 4,000-point mark in 2021. Jefferies and BMO Capital see the S&P 500 jumping to 4,200 while Goldman expects it to trade at 4,300 by the end of next year. JP Morgan forecasts even higher surge for the index to 4,500 by the year end.

Against such a bullish backdrop, investors seeking to participate in the S&P 500 Index’s rally could consider ETFs that replicate the index. While these funds look similar in terms of the holdings breakdown with Apple (AAPL - Free Report) and Microsoft (MSFT - Free Report) taking the top two spots and having a Zacks ETF Rank #2 (Buy), there are few key differences between them. We have highlighted the differences below:

Launched in January 1993, SPY is the ultra-popular and the oldest U.S. equity ETF with AUM of $327.8 billion. It is the most actively traded fund with average daily volume of around 63.8 billion and 0.09% in expense ratio. The fund is structured as a Unit Investment Trust (UIT) with State Street serving as the trustee. It is therefore not allowed to reinvest dividends paid by underlying holdings but must hold them in cash until they are scheduled to be distributed to SPY shareholders. Additionally, SPY does not lend out securities from its portfolio to earn extra money (read: 5 Hot ETFs of November to Continue Gaining Investor's Love).

With AUM of $238.4 billion, IVV is a lot smaller than SPY and less liquid, trading in average daily volume of 3.5 million. This ensures some additional cost in the form of a marginal bid/ask spread. The fund is the low-cost choice in the space, charging just 3 bps in annual fees, 6 bps less than the State Street product. Additionally, the product can lend out shares to earn extra and reinvests dividends in the index until paid out quarterly.

Though it has a similar structure and expense ratio as that of the iShares product, average daily volume is relatively similar at 2.8 million shares. VOO has amassed $172.6 billion in its asset base.

Investors willing to take extra risk could go for leveraged ETFs that track the index. These funds create a leveraged (2x or 3x) long position in the underlying index through the use of swaps, options, future contracts and other financial instruments. While these funds provide outsized returns in a short span, they could lead to huge losses compared to traditional funds in fluctuating or seesaw markets (see: all the Leveraged Equity ETFs here).

This is the most popular and liquid ETF in the leveraged space with AUM of $2.9 billion and average daily volume of around 2.4 million shares. The fund seeks to deliver 2X the return of the index, charging investors 0.91% in expense ratio.

While this product also provides 2X exposure to the index, it charges a lower fee of 60 bps. It has a lower level of $21.7 million in AUM and sees lower volume of about 12,000 shares a day on average.

This fund provides 3X exposure to the index with a higher expense ratio of 0.93%. Average trading volume is solid, exchanging more than 5.2 million shares per day on average. It has amassed $1.6 billion in its asset base.

Like UPRO, this fund also creates 3X long position in the S&P 500 Index with 0.95% in expense ratio. It has AUM of $1.6 billion and liquid and trades in average daily volume of nearly 7.3 million shares.

Is This the Time to Buy High-Yielding ETFs?