In the Global Week Ahead, central government actions the world over will be a major equity trader focus.

What did Scotiabank’s FX global economists in Canada tee up for stock traders?

A. The U.S. Congress is trying to nail two birds with one stone, which magnifies the negotiating risks as well as the potential reward. In addition to a December 11th deadline is the expiration of various forms of CARES Act aid on December 31st including jobless benefits and eviction moratoriums.

House Speaker Pelosi and Senate Majority Leader McConnell are seeking to combine an omnibus funding bill with a stimulus package in one. That could be quite constructive if they can pull it all off.

But it raises the specter of everything getting stuck in Washington’s dysfunctional wheels.

B. The European Central Bank (ECB) delivers its last policy decision of the year on Thursday at 7:45am ET (statement) followed by President Lagarde’s press conference at 8:30am ET.

That central bank had built high expectations for policy action into this meeting. But exactly what it may deliver is uncertain — not least because of events since the last meeting.

The European Council also meets this week. They will confer on fiscal stimulus too.

C. Brexit talks didn’t exactly end well last week! They spent the whole week trying to break the logjam over issues related to British sovereignty. But in the end largely failed to do so.

The way the talks ended leaves risks to global markets — but particularly sterling and local U.K. assets — hanging in a state of total ambiguity into the Asian market open.

Next are the usual Reuters in London five world market themes, reordered for equity traders—

The clock is ticking on the Dec. 11th deadline for the U.S. Congress to approve an omnibus spending bill to prevent a government shutdown.

But despite potentially nasty implications for the economy, investors have taken past shutdowns in their stride, with the S&P 500 edging lower in only two of the past 10 such episodes. And markets remain at record highs.

The raging pandemic gives lawmakers an added incentive to avoid a shutdown that could hurt the nascent economic recovery.

Investors will also keep an eye on stimulus proposals, given as Republicans and Democrats in Congress remain unable to reach agreement on economic relief measures.

(2) There is a two-day European Union (EU) Meeting. Think Stimulus

A big week for the euro area. A two-day EU meeting from Dec. 11 will try to break a stalemate over a 1.8 trillion-euro spending package to aid COVID-hit economies, currently being blocked by Poland and Hungary.

Poland now suggests it may compromise. And the ECB, which has long urged more fiscal stimulus, will be hoping a compromise is reached. It meets on Thursday and is expected to ramp up monetary support for the economy.

Some reckon it may be tempted to hold back some firepower to encourage EU leaders to end their deadlock. But that move carries the risk of a market setback.

The euro at 2-1/2-year highs is another complication for inflation and economic growth. That might well encourage the ECB to do more rather than less.

Chinese trade figures land on Monday, hard on the heels of bumper Purchasing Managers’ Index readings that showed the economy powering back from the pandemic. Expect more of the same: faster expansion in imports and exports, plus a steady trade surplus.

But as markets begin to pay attention to U.S. President-elect Joe Biden’s policies, the U.S.-China trade balance is worthy of attention. Its size mattered to Donald Trump as a trade-war scorecard, and it may yet count for something for his successor.

Biden has already given the yuan a nudge when he said he didn’t plan to roll back tariffs Trump had slapped on China. Traders have shrugged that off and hoisted the yuan to a 29-month top, but a whiff of misplaced confidence remains.

Traders polled by Reuters predict Chile’s 0.50% interest rate, its lowest in a decade, will be held unchanged on Monday.

Brazilian rates are already at a record 2% low. Brazil’s rate-setting committee maintained at the last meeting a pledge to keep rates lower for longer and may repeat that at its Tuesday-Wednesday meeting.

The easing cycle may be running out of steam in Peru, where central bank officials meet on Thursday. Interest rates have been at historic lows of 0.25% since April.

An EU official likened the current state of Brexit negotiations to a marathon where runners are “past kilometer 40” of the just over 42-km race. But four weeks before the transition period expires, a no-deal outcome is clearly a risk.

Britain is also about to irk the EU further; on Monday, its parliament will press ahead with draft laws that breach an earlier divorce treaty with the bloc. It also plans new legislation, potentially with more provisions overruling parts of an earlier EU withdrawal agreement.

Let’s look into some of the biggest of the big stocks -- away from the FAANG stocks, Microsoft, and Tesla.

(1) The Charles Schwab: I haven’t seen a brokerage on our #1 list in a while. This is a $51 stock, making for a $95B market cap. But I see a Zacks Value score of D, a Zacks Growth score of F, and a Zacks Momentum score of B.

(2) The Goldman Sachs: A major Wall Street firm is also on our #1 list this week. This is a $240 stock, making for a $82.4B market cap. Wow! That is actually smaller than Schwab. I see a Zacks Value score of C, a Zacks Growth score of D, and a Zacks Momentum score of B.

(3) Micron Technology: This memory chip stock is on a tear, and perhaps for good reason. It is on our #1 list this week. The shares price at $73 now. Making for a market cap of $81.9B. I see a Zacks Value score of C, a Zacks Growth score of C and a Zacks Momentum score of B.

I noted Semiconductor Memory chips is our #1 out of 254 Zacks Industry now. The Investment Banking industry is #23 out of 254.

I would guess the booming stock market, and the vaccines' arrival, are co-mingling here. 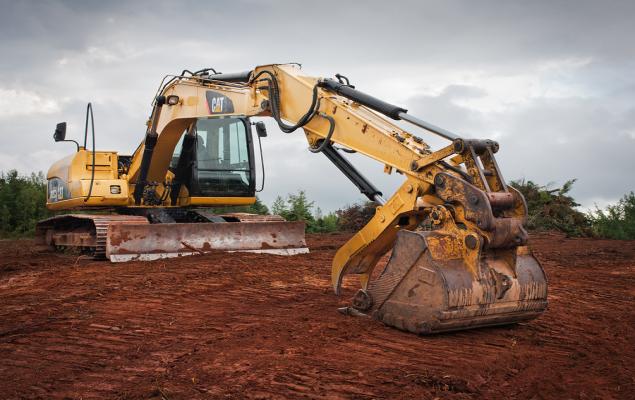