H&R Block, Inc. (HRB - Free Report) reported second-quarter fiscal 2021 adjusted loss per share of $1.09 that came above the Zacks Consensus Estimate of a loss of 93 cents. The company had suffered a loss of 85 cents per share in the year-ago quarter. Revenues of $177 million surpassed the consensus estimate by 7.5% and increased 9.8% year over year.

The improvement in the top line is due to higher tax return volume in the United States and Canada, and rise in small business payments processing and payroll volume at Wave.

Shares of H&R Block have gained 15.5% over the past three months compared with the 8.7% rally of the Zacks S&P 500 composite. 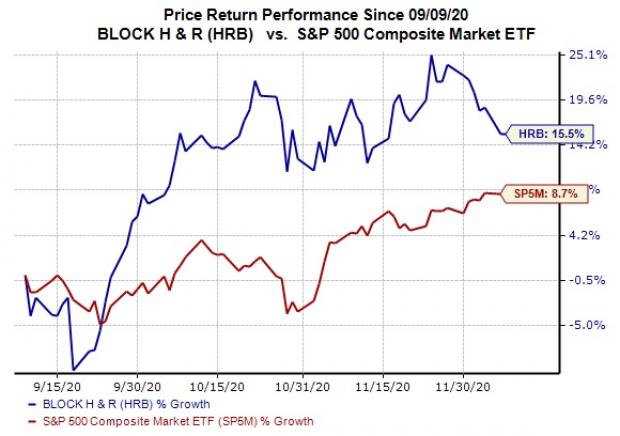 Loss before interest, tax, depreciation and amortization from continuing operations came in at $168 million compared with a loss of $197 million in the year-ago quarter. Total operating expenses were $382 million, down 5% year over year.

The company used $242 million of cash in operating activities and capex was $18 million. The company paid out dividends of $50 million in the quarter.