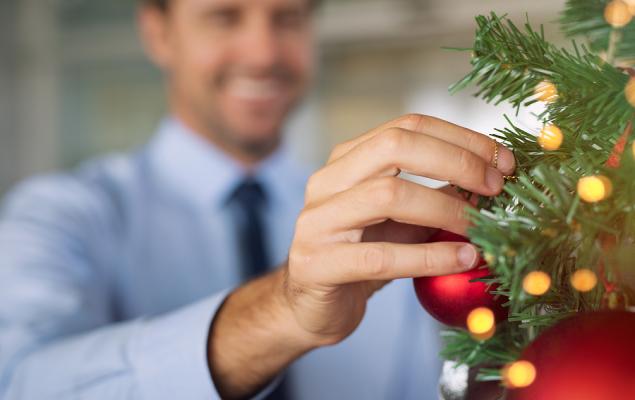 Demand for new energy vehicles (NEVs) has been on the rise in China amid climate change concerns and favorable government policies.Importantly, the country projects electric vehicles (EVs) to account for 25% of new car sales by 2025. China’s big push toward green vehicle adoption and EV supply chain dominance bode well. Banking on the EV euphoria in China, we would highlight three stocks that offer huge upside potential. However, before that, let’s take a look at the encouraging EV sales report in China for the month of November.

EV Sales in China on a Roll, Prospects Bright

According to China Passenger Car Association (“CPCA”) data, wholesale sales of NEVs surged 128% year over year to 169,000 units in November, which marked the fifth consecutive month of gain. Per CPCA, sales of Tesla’s (TSLA - Free Report) Model 3 in China for the month of November totaled 21,604 units, depicting a massive year-over-year and month-on-month rise. Model 3 was the #2 best-selling EV in China, beaten by General Motors’ (GM - Free Report) Hong Guang Mini EV, which was launched in July under the company’s Wuling brand. Hong Guang notched up 36,070 units in sales last month.

NIO delivered 5,291 vehicles last month, depicting a 109.3% year-over-year rise. Li Auto sold 4,646 Li ONEs in November, depicting around 25% rise from October. The company hit a new record in November, with production of more than 5,000 units and even higher number of new orders. Xpeng’s deliveries for November skyrocketed 342% year over year to 4,224 units.

Industry watchers have been quite optimistic about China’s progress in the transition toward EV future. In April, the government of China announced plans to extend subsidies and tax breaks for NEVs such as electric or plug-in hybrid cars for another two years to spur sales. Buoyed by favorable government policies along with improving consumer confidence and economy, the rebound in green vehicle demand and sales is expected to continue.

As the Christmas tree’s decoration with lights and bells symbolizes goodwill and love, let's build a similar tree for stock-loving investors who want to cash in on the green revolution with China-based EV stocks. All the below-mentioned stocks carry a Zacks Rank #3 (Hold). You can see the complete list of today’s Zacks #1 Rank (Strong Buy) stocks here.

If you already own the stocks, don’t cash out of them now. Retain them in your portfolio to rake in big profits. For those who have missed out on the crazy gains of these stocks, keep a watch and add them to your portfolio at a better entry point.

NIO: Tesla’s prominent China-based rival NIO — which went public on the NYSE in September 2018 — has had an amazing run on the bourses of late, gaining 1,058.3% year to date.  NIO’s ES6, ES8 and EC6 models are fueling prospects. Government support, BAAS (Battery-as-a-Service) offering and strategic partnership with Mobileye are expected to be key growth drivers. NIO expects fourth-quarter deliveries in the band of 16,500-17,000 vehicles, signaling an uptick of 103% at the mid-point of the guided range. Revenues are forecast between $921.8 million and $947.9 million, indicating a rise of 103% from the corresponding quarter of 2019. The Zacks Consensus Estimate for 2021 sales and earnings signals a year-over-year uptick of 93.9% and 32.8%, respectively.

Li Auto: Li Auto — which debuted on Nasdaq on Jul 30, is the second China-based EV maker to be listed on the U.S. stock market after NIO. Since then, the stock has surged 108.2%. Volume production of the firm’s sole offering, Li ONE, began in November 2019. The firm is targeting to expand the product line by manufacturing new vehicles in a bid to cater to a broader customer base. As of Nov 30, Li Auto had 45 retail stores across 38 cities and 97 servicing centers across 72 cities. To meet the burgeoning demand of green vehicles in China, Li Auto remains focused on bolstering direct sales and servicing networks. For fourth-quarter 2020, the firm expects sequential growth of 32.8% and 29.5% in deliveries and revenues from the mid-point of the respective guided range. The Zacks Consensus Estimate for 2021 earnings and sales calls for year-over-year growth of 93.3% and 95.4%, respectively.

Xpeng: Xpeng, backed by e-commerce giant Alibaba (BABA - Free Report) , made its debut on the U.S. stock market on Aug 27. Since then, the stock has rallied 129.5%. Xpeng sells two EV models: the G3 SUV, launched in 2018, and P7 sedan, which debuted earlier this year. The company delivered 8,578 EVs in the third quarter, marking a 266% year-over-year jump. The deliveries comprised 6,210 P7s and 2,368 G3s. Xpeng’s new Smart EV manufacturing base in Guangzhou will significantly bolster the company’s production capability.XPeng anticipates fourth- quarter 2020 deliveries of vehicles to be 10,000 units, suggesting a year-over-year surge of 210.8%. Projected total revenues indicate a year-on-year increase of a whopping 243.7%. The Zacks Consensus Estimate for 2021 sales and earnings signals a year-over-year uptick of 99.4% and 93.3%, respectively. 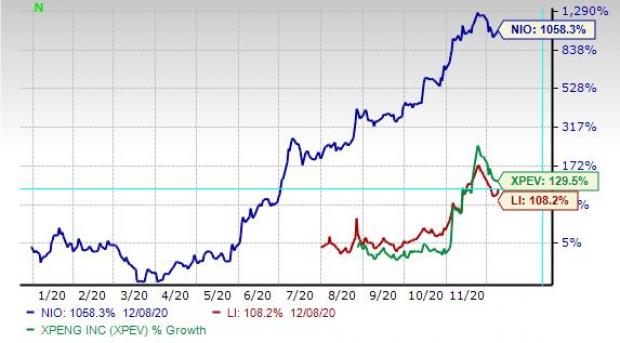 Here's Why Investors Should Hold on to Envestnet (ENV) Stock