Honda Motor Company (HMC - Free Report) recently announced that the company is recalling 1.79 million vehicles across the globe in four separate campaigns. The recalls consist of 1.4 million vehicles in the United States to repair drive shafts that can split, window switches that can overheat, and a software defect.

Vehicles Under the Radar

The recall over the software flaw covers 737,000 Accords from 2018 to 2020 and Insights from 2019 and 2020. The recall will update the Body Control Module software, as a programming defect in the software could cause illumination of several warning lights and malfunction of electric components, including the rear view camera, turn signals and windshield wipers.

The Japanese automaker is also issuing a recall covering 268,000 CR-Vs from 2002 through 2006 in the United States to replace power window master switches. Water can get into an open driver's window resulting in an electrical short likely to ignite a fire. Though there have been no injuries due to the flaw, 16 fire incidents have been reported related to the issue.

Previously in 2012, the auto giant had conducted a recall due to an issue in the power window master switches. The latest recall is in response to the moisture-related non-performance of switches fixed under the previous recall.

Honda is also issuing two recalls consisting of 430,000 U.S. vehicles in 22 U.S. states and the District of Columbia. Both recalls are in response to possible breakage of the drive shafts due to corrosion. The recall has been done to inspect and potentially replace the front drive shafts. The recalls cover 2012 Honda Civic Hybrid, 2007-2014 Honda Fit, 2013-2015 Acura ILX, 2013 Acura ILX Hybrid and 2013-2015 Honda Accord vehicles.

Per the company, no injuries or crashes have been reported related to any of these recalls.

Honda is leaving no stone unturned to repair any issues with its vehicles, especially after Hyundai and Kia were charged with fines after being accused of delaying recall orders for their vehicles with potential defects. Moreover, Honda has asked its dealers to notify customers having vehicles with one or more of these faults.

Notably, shares of the company have appreciated 4.8%, year to date, while its industry has witnessed a rise of 17.3%. 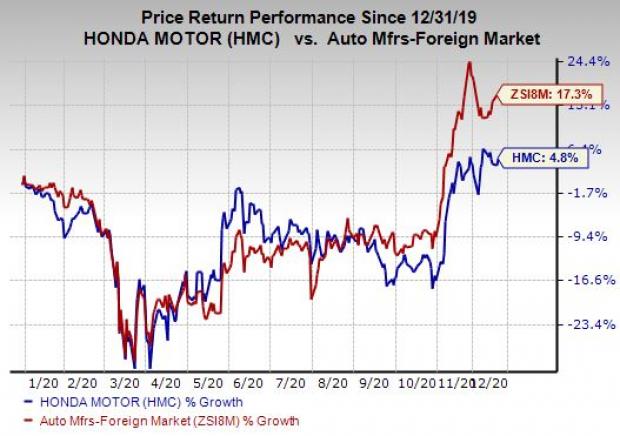