Over the past six months, Medtronic has outperformed the industry it belongs to. The stock has improved 25.1% compared with the industry's 14.2% rise.

Medtronic’s second-quarter fiscal 2021 earnings and revenues were ahead of the respective Zacks Consensus Estimate. The company reported sequential improvement in all its businesses and geographies leading to faster-than-expected recovery. Despite the rising number of COVID-19 cases rising in many of the company’s markets, October was better than September in all its groups and regions, except for China, given the impact of the national tender in drug-eluting stents.

In the fiscal second quarter, recovery within Minimally Invasive Therapies Group (MITG) was the fastest, with its growth rate increasing by over 20 points in both Surgical Innovations (SI) and Respiratory, Gastrointestinal (GI) and Renal. Surgical Innovations benefited from increased elective procedure volumes in Europe and the United States, driven in part by elective procedures that were delayed from spring and early summer. Cardiac & Vascular Group (CVG) and Restorative Therapies Group (RTG) too delivered double-digit improvements sequentially with increased procedure volumes and share capture and several businesses returned to growth from the prior year.

Based on the ongoing strong recovery in sales, Medtronic expects fiscal third-quarter MITG growth to be in the low single digits. RTG and Diabetes should deliver improvements from the second quarter with an expected year-over-year decline in low single digits. CVG is expected to report roughly flat sales as the company continues to recover and take share.

The company expects to return to normal organic revenue growth on a two-year stacked basis by the fiscal fourth quarter.

On the flip side, amid the pandemic, Medtronic’s business has been affected by three main factors. The first is the mix of urgent procedures versus those that are more deferrable. Almost all Medtronic businesses are affected by the decline in procedure volumes. Medtronic’s businesses that had a larger mix of products using urgent procedures saw an impact. However, the company noted that in the first quarter, procedural volume had started to rebound.

The second factor that hampered growth is the loss of large bulk purchases due to depressed demand related to the pandemic. The third factor is centered around capital equipment. While capital equipment represents a small amount of Medtronic’s overall revenues, there are certain businesses that have a higher mix and felt the impact of hospitals and surgery centers delaying their capital evaluation and purchases.

InMode has a projected long- term growth rate of 28.09%

Owens & Minor has a projected long -term growth rate of 45.2%

Quidel Corporation has a projected long-term growth rate of 25% 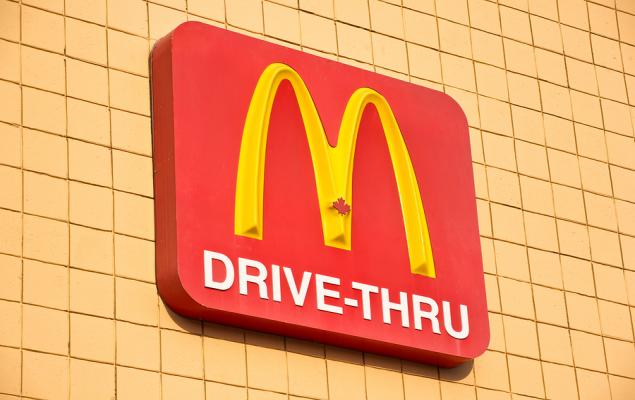 Here's Why You Should Retain McDonald's (MCD) Stock Now