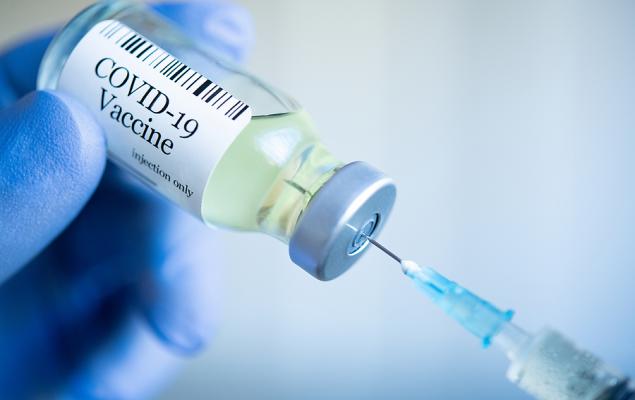 Following the approval of three coronavirus vaccines for emergency or conditional use in some countries last month, some experts are now advocating changes in approved dosing regimens. The vaccines include Pfizer (PFE - Free Report) and partner BioNTech’s (BNTX - Free Report) BNT162b, Moderna’s (MRNA - Free Report) mRNA-1273 and AstraZeneca’s (AZN - Free Report) AZD1222. The change in dosing will help to vaccinate a larger number of people amid rising cases of infections. On the other hand, the FDA has opposed any changes to dosing regimens as it may lead to unnecessary risks to public health.

In the United States, the coronavirus has infected a total of approximately 20.5 million people and claimed nearly 349,000 lives so far, per World Health Organization’s (WHO) website as of Jan 5. Moreover, daily new cases of infection are also surging, reaching almost 300,000 earlier this month in the country, per the same website. A similar scenario is also being observed in the United Kingdom where, per WHO website, daily new cases has crossed the 58,000-mark, reflecting an almost similar daily new cases to population ratio in the United States. However, growth in daily cases seems to have slowed down in Europe but a sudden bout can change the scenario.

With spiraling COVID-19 infection cases, mainly in the western countries including the United States, there is a scramble for doses of these approved vaccines. Although there are supply agreements in place, the rising infection rates are increasing the burden on healthcare facilities. The available doses are not enough to inoculate everyone.

Governments are looking for ways to accelerate inoculation of citizens for containing the risk of spread of the virus as soon as possible. Meanwhile, a new strain of the coronavirus, reportedly found in the United Kingdom, is ringing alarm bells as it is potentially more contagious than the original strain found in 2019. Moreover, the companies with approved or under development vaccines are yet to test their candidates for immunity against the new strain.

The dosing regimen changes recommended by experts  include inoculation with only one dose, delaying the second dose, vaccinating with half of approved dose volume or vaccinating with two different vaccines. These changes should help increase the number of inoculations with available doses.

Reportedly, the World Health Organization and U.S. government’s Operating Warp Speed head, Moncef Slaoui, are open to changes in the dosing regimens of the approved vaccines.

Meanwhile, Moderna has raised its base production target for mRNA-1273 for 2021 by 100 million doses. Other companies need to follow suit for proper inoculation of the majority of population across the globe by the end of 2021.