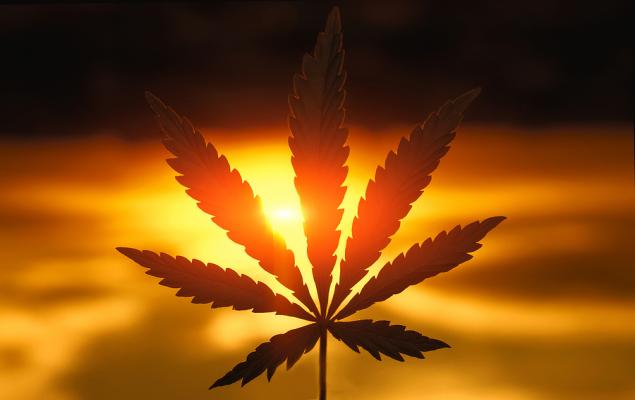 3 Marijuana Stocks to Play the Green Rush in 2021

Marijuana stocks had quietly gained traction in the middle of the pandemic-marred 2020. In the New Year in fact, things are looking brighter with marijuana stocks scaling northward. Encouraging news coming from Mexico was a boon. After all, Mexican President along with the country’s Health Ministry signed new regulations that allow pharmaceutical companies to research on medical marijuana.

Thus, Mexico can now manufacture marijuana for medical usage. This is no doubt a blessing in disguise for marijuana companies, especially in the United States and Canada, which have been seeking growth opportunities in Mexico. But it’s just not medical marijuana; Mexico’s government has shown keen interest in legalizing marijuana for recreational usage as well. If recreational marijuana is passed by the Mexican government, the country will have one of the largest legal marijuana markets in the world.

By the way, marijuana stocks have been moving north after Democrats took control of the Senate, paving way for friendlier marijuana laws at the federal level. Biden’s presidential election win last year has already raised hopes of fewer restrictions on marijuana.

Lately, the Democrat-led House passed the Marijuana Opportunity Reinvestment and Expungement Act (MORE Act) and the Medical Marijuana Act. The House already designed legislation that will help banks and other financial institutions provide services to marijuana companies in legalized states without penalty.

Not only the push for marijuana banking reforms bodes well for the overall cannabis industry but expectations are also growing about marijuana decriminalization, at least at the federal level. Lest we forget, voters in New Jersey, Montana, South Dakota and Arizona legalized recreational marijuana last year, while quite a few states have legalized the medical usage of the same.

In fact, market pundits now expect the marijuana industry to experience a domino effect. The newly-legalized states will now build pressure on neighbouring states to legalize marijuana in order to curb the flight of tax revenues. And with more states legalizing marijuana, the government will soon feel the pressure to decriminalize pot at the national level.

Let us also admit that marijuana this year will be more accessible to customers, thanks to improvement in COVID-induced expansion in delivery systems and introduction of curbside pickups, which are no doubt here to stay. This in turn should boost sales and revenues.

Furthermore, in order to stay in the competition, the cannabis industry is at present focusing more on product innovation, something that should work in favor of marijuana companies in 2021. Lastly, Cannabidiol (CBD), which was much in demand in 2019, became oversaturated last year. On the contrary, such oversaturation means that the industry will consolidate, which is another promising sign for the broader marijuana industry.

Marijuana stocks are set to be the rage on Wall Street in hopes of legalization in and around the United States. This calls for keeping an eye on some of the companies dealing in it. Lest we forget, legal cannabis sales, especially in the United States, are estimated at a whopping $172 billion between 2020 and 2025, per New Frontier Data.

Tilray, Inc. (TLRY - Free Report) is a pharmaceutical company. It develops cannabis-based medicines, drugs, drops and oil products. The company currently has a Zacks Rank #3 (Hold). The Zacks Consensus Estimate for its current-year earnings has risen3.9% over the past 60 days. The company’s expected earnings growth rate for the current year is 79.6%.

Innovative Industrial Properties, Inc. (IIPR - Free Report) is a real estate investment trust. It focused on the acquisition, ownership and management of specialized industrial properties leased to experienced, state-licensed operators for medical-use cannabis facilities. In this process, Innovative Industrial Properties is reaping rental income. The company currently has a Zacks Rank #3. The Zacks Consensus Estimate for its current-year earnings has climbed9.6% over the past 90 days. The company’s expected earnings growth rate for the current year is 58.7%.

Square, Inc. (SQ - Free Report) provides payment and point-of-sale solutions in the United States and internationally. But the company introduced CBD early-access program that permits business houses in the United States to sell CBD products. The company currently has a Zacks Rank #2 (Buy). The Zacks Consensus Estimate for its current-year earnings has moved up4.9% over the past 60 days. The company’s expected earnings growth rate for the current year is 40.3%. You can see the complete list of today’s Zacks #1 Rank stocks here.