Let's see how things have shaped up prior to this announcement.

The Aeronautics segment has been a major growth catalyst for this defense contractor for decades. It primarily manufactures advanced, combat-proven jets and comprises almost 40% of the company’s top line. With Lockheed Martin having delivered a notable number of military jets in the fourth quarter, its soon-to-be-reported quarterly results might reflect impressive numbers for the Aeronautics business division.

Notably, during the quarter, the company delivered its 123rd F-35A conventional takeoff and landing (CTOL) variant aircraft to the Italian Air Force, a program that has been the primary contributor to the segment’s top line. The upcoming results are expected to reflect such a major delivery in the form of an increased top line for the Aeronautics unit.

Notably, the Zacks Consensus Estimate for this unit’s revenues stands at $6,648 million, indicating a 4.2% improvement from the prior-year quarter’s reported figure.

The MFC Unit: Another Growth Driver

We expect Lockheed Martin’s Missiles and Fire Control (MFC) segment, which provides critical missile defense support to the United States and its foreign allies, to have delivered a strong operational performance in the soon-to-be-reported quarter.

During the quarter, Lockheed Martin and Aerojet Rocketdyne (AJRD - Free Report) were together poised to deliver missile interceptors for The Missile Defense Agency (MDA). This is expected to have contributed to this unit’s growth in the fourth quarter of 2020.

Notably, the Zacks Consensus Estimate for MFC segment revenues is currently pegged at $2,940 million, implying a 6.2% increase from the year-ago quarter’s reported figure.

Solid revenue growth in each of the company’s business segments is likely to have boosted Lockheed Martin’s overall top line in the to-be-reported quarter. The Zacks Consensus Estimate for the company’s fourth-quarter revenues stands at $16.97 billion, indicating a 6.9% increase from the year-earlier quarter’s reported figure.

The estimated top-line growth along with its resilient portfolio makes us confident about the company’s ability to generate solid bottom-line growth. The Zacks Consensus Estimate for the defense giant’s fourth-quarter earnings is pegged at $6.38 per share, suggesting an increase of 20.6% from the prior-year quarter's reported number.

Also, toward the end of the quarter, Lockheed Martin agreed to acquire Aerojet Rocketdyne that represented a total transaction value of approximately $5 billion. We expect the upcoming quarterly results to reflect developments, if any, on this agreement.

Our proven model does not conclusively predict an earnings beat for Lockheed Martin this time around. The combination of a positive Earnings ESP and a Zacks Rank #1 (Strong Buy), 2 (Buy) or 3 (Hold) increases the odds of an earnings beat but this is not the case here. You can uncover the best stocks to buy or sell before they’re reported with our Earnings ESP Filter.

Lockheed Martin has an Earnings ESP of 0.00% and a Zacks Rank #3. You can see the complete list of today’s Zacks #1 Rank stocks here.

Here are a couple of defense companies you may want to consider, as these have the right combination of elements to post an earnings beat this season:

Raytheon Technologies (RTX - Free Report) has an Earnings ESP of +11.47% and a Zacks Rank #3. The company will announce fourth-quarter 2020 earnings on Jan 26.

]Be among the early investors in the new type of device that experts say could impact society as much as the discovery of electricity. Current technology will soon be outdated and replaced by these new devices. In the process, it’s expected to create 22 million jobs and generate $12.3 trillion in activity. 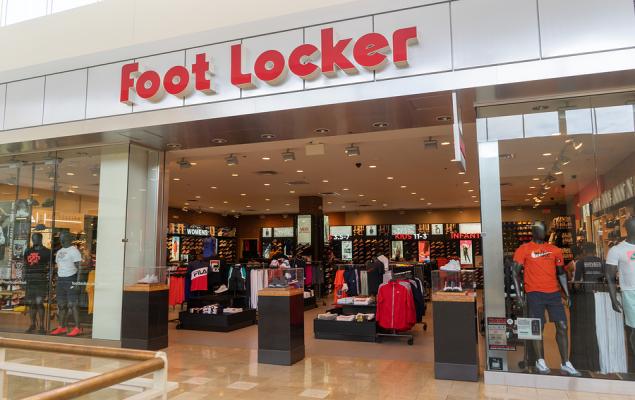