International Business Machines Corporation (IBM - Free Report) reported fourth-quarter 2020 non-GAAP earnings of $2.07 per share, which surpassed the Zacks Consensus Estimate by 16.3%. However, the bottom line fell 56% on a year-over-year basis.

Revenues of $20.4 billion lagged the Zacks Consensus Estimate by 1.1%. The top line also declined 6% (as reported) on a year-over-year basis. Meanwhile, adjusting for currency and divested businesses, revenues were down 8%.

Notably, shares of IBM are down more than 8% in the pre-market trading on Jan 22. The downside can be attributed to mixed results, and sentiments pertaining to straight revenue declines on a year-over-year basis for the fourth time in the year.

IBM had announced the spin-off of its legacy Managed Infrastructure Services business in a bid to accelerate its hybrid cloud growth strategy. The company aims to focus better on enabling clients with accelerated digital transformation and capitalize on “the $1 trillion hybrid cloud opportunity.”

The company’s Managed Infrastructure Services, a unit of its Global Technology Services division, will be spun off into a new public company or NewCo (set to be named later). IBM recently announced that the new company will be helmed by Martin Schroeter as a CEO.

The spin-off is anticipated to strengthen its presence in two different territories by creating two entities to realize business goals and best outcomes. IBM’s open hybrid cloud platform and AI expertise are poised to get a boost from the new deal. Meanwhile, NewCo is set to gain new capabilities and greater agility to modernize the architecture of the enterprises.

Revenues from Red Hat in the fourth quarter increased 19% (up 17% at cc) on a normalized basis. The buyout has helped IBM to enhance containerized software capabilities and accelerate service engagement. Moreover, OpenShift and Ansible have supported advancements in application and technology developments. Currently, more than 2,800 clients are using Red Hat and IBM’s hybrid cloud platform.

Management is optimistic about enhancing utility of hybrid cloud services based on architecture built by IBM and Red Hat. In fact, IBM is leveraging OpenShift container platform to enable clients to upscale business operations, in a secure manner, via AI-powered Cloud Paks.

Additionally, digital transformation wave has bolstered adoption of cloud-based QRadar, and Identity and Trust services, and CloudPak for Security offerings.

Cloud & Cognitive Software segment’s revenues-external fell 4.5% year over year (down 6.6% on cc basis) to $6.8 billion. Nevertheless, cloud revenues surged 36% to $2.2 billion. The upside can be attributed to synergies from Red Hat acquisition, and growth in cloud, Data & AI, security and IoT solutions.

Revenues in the Cloud and Data platforms increased 9% year over year (up 6% on cc basis) to $3.4 billion. The platform is gaining from Red Hat’s acquisition synergies and traction in Cloud Paks suite.

Revenues from the Cognitive Applications remained flat year over year (down 2% at cc) to $1.5 billion. Revenues from the Transaction Processing Platforms, which includes software that runs mission-critical workloads, declined 24% (down 26% at cc) on a year-over-year basis to $1.9 billion.

Revenues in the Global Business Services (GBS) -external segment totaled $4.2 billion, which declined 2.7% (down 5.2% at cc) from the year-ago quarter.

Global Process Services revenues improved 4% year over year at cc to $0.3 billion. Application Management and Consulting revenues declined 9% and 5% (at cc) year over year to $1.8 billion and $2.1 billion, respectively.

Segmental revenues pertaining to cloud advanced 14% at cc from the prior-year quarter’s reported figure to $1.7 billion.

Revenues from Technology Services-external fell 5.5% (down 7.8% at cc) from the year-ago quarter to $6.6 billion.

Segmental revenues pertaining to cloud advanced 1% at cc from the prior-year quarter’s reported figure to $2.5 billion.

Infrastructure & Cloud Services and Technical Support Services revenues declined 8% and 7% (at cc) year over year to $5 billion and $1.6 billion, respectively.

Segmental revenues pertaining to cloud dropped 19% at cc from the prior-year quarter’s reported figure to $1.1 billion.

The company reported cash flow from operations of $5.9 billion ($6.8 billion when excluding Global Financing receivables) during the fourth quarter, compared with $4.3 billion in the third quarter.

Moreover, the company returned $1.5 billion to shareholders in the fourth quarter through dividends.

For 2021, IBM refrained from providing any formal guidance.

Nevertheless, management stated that revenues are expected to grow for the full year 2021 based on the current foreign exchange rates. The company also projects adjusted free cash flow between $11 billion and $12 billion in 2021.

Apple and Amphenol Corporation are set to release quarterly earnings on Jan 27, while Alphabet is slated to report on Feb 2. 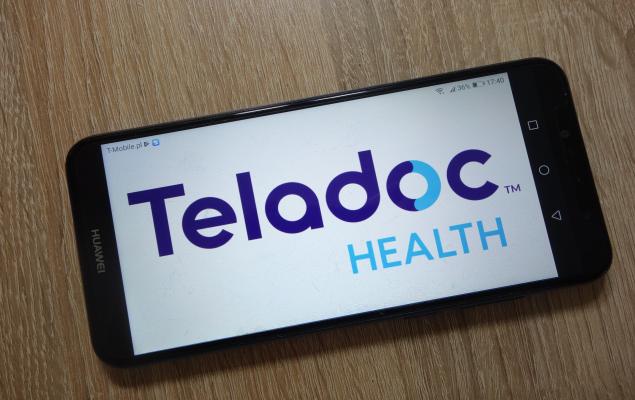 Here's Why You Should Add Teladoc (TDOC) to Your Portfolio