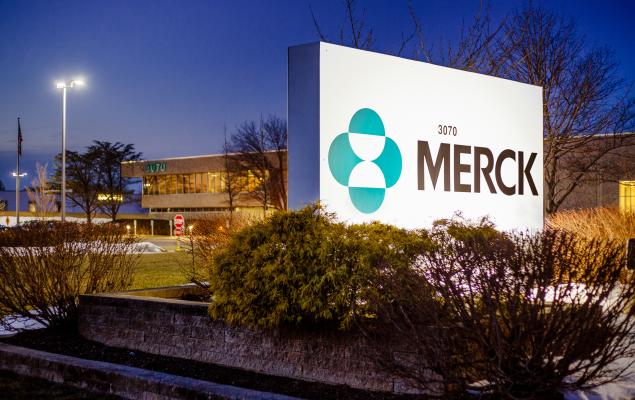 The approval in Europe was based on data from the phase III KEYNOTE-177 study, which showed that treatment with Keytruda monotherapy significantly reduced the risk of disease progression or death by 40%, compared to the current standard-of-care chemotherapy regimen in the above patient population. Moreover, the median progression-free survival was 16.5 months in the Keytruda arm, more than double of 8.2 months for chemotherapy.

Keytruda is already approved to treat MSI-H or dMMR colorectal cancer in patients whose cancer has progressed following treatment with fluoropyrimidine, oxaliplatin and irinotecan. Until now, for treating first-line unresectable or metastatic MSI-H colorectal cancer, chemotherapy-containing regimens were the only treatment options available in Europe.

Hence, following the nod by the EC, Keytruda became the first anti-PD-1/L1 therapy to be approved for treating MSI-H or dMMR colorectal cancer in Europe, which also marks the first gastrointestinal indication for the drug in the continent. Importantly, the approval of Keytruda provides a new monotherapy treatment option for this patient population.

Please note that the FDA had granted approval for a similar label expansion of Keytruda in June last year.

Shares of Merck have lost 7% in the past year against the industry’s increase of 9.7%. 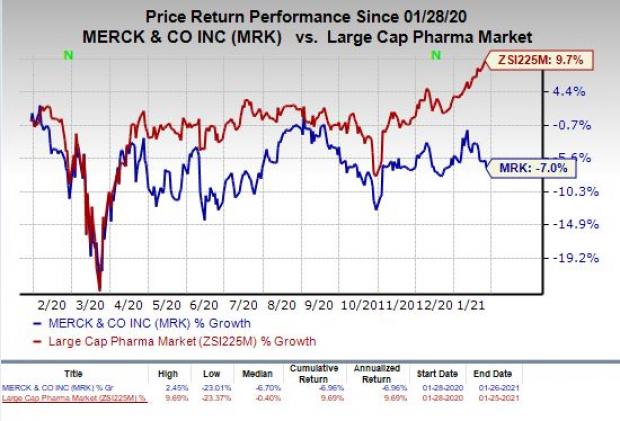 We note that Keytruda, which is Merck’s major revenue-generating product, is already approved for use in more than 30 indications across several different tumor types. The drug recorded sales of $10.4 billion in the first nine months of 2020, up 30% year over year. Keytruda sales have been gaining momentum through constant label expansion and the launch of new indications globally.

The Keytruda development program is also progressing well with Merck spending billions on research and development of this medicine to secure more approvals in earlier lines of treatment. The drug is being evaluated in more than 1300 studies including several combination studies. Merck has collaborated with several companies including Amgen (AMGN - Free Report) , Incyte, Glaxo (GSK - Free Report) and Pfizer (PFE - Free Report) , separately, for the evaluation of Keytruda in combination with other regimens.

Interim data from the study showed that both monthly doses of islatravir (60 mg and 120 mg) achieved the pre-specified efficacy PK threshold for PrEP.

Roper (ROP) to Report Q4 Earnings: What's in the Offing?