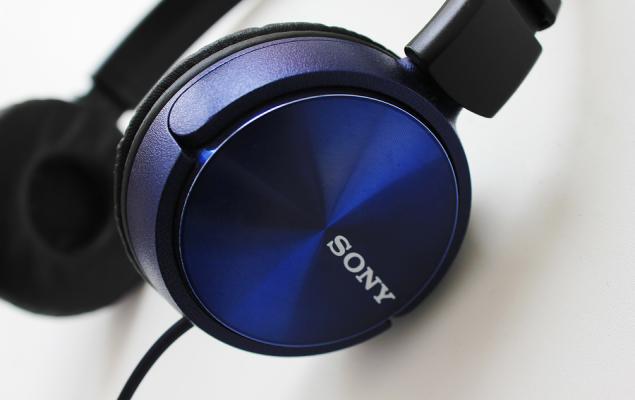 Adjusted net income came in at ¥343.9 billion compared with ¥216.2 billion in the year-ago quarter. Adjusted earnings per share in the reported quarter were ¥274.9 ($2.63), which comfortably beat the Zacks Consensus Estimate of 80 cents.

G&NS sales grew 39.7% year over year to ¥883.2 billion, driven by an increase in game software sales as well as solid hardware sales led by the tremendous customer response of the PlayStation 5 (PS5) gaming console launch. The segment’s operating income improved to ¥80.2 billion from ¥53.5 billion owing to rise in software sales and higher profit margins of PS4 hardware.

Music sales increased 21.9% year over year to ¥264.5 billion due to higher sales for Visual Media and Platform, higher streaming revenues from recorded music and solid performance of mobile game applications. The segment’s operating income was ¥59.7 billion, up from ¥36.2 billion in the prior-year quarter due to higher sales.

Pictures sales tumbled 19% year over year to ¥191.1 billion. This was a result of a significant decrease in theatrical revenues due to theater closings on account of the COVID-19 pandemic and fall in revenues owing to lower home entertainment and television licensing sales. The segment’s operating income improved to ¥22.2 billion from ¥5.4 billion in the prior-year quarter due to lower marketing costs.

Electronics Products & Solutions (EP&S) sales remained almost flat at ¥649 billion as increase in sales of televisions due to higher value product mix was offset by decrease in unit sales of smartphones. The segment’s operating income was ¥105.8 billion compared with ¥80.3 billion in the year-ago quarter, thanks to improvement in the product mix.

I&SS sales were down 10.4% year over year to ¥266.9 billion due to decrease in sales of image sensors for digital cameras. The segment’s operating income was ¥50.4 billion compared with ¥75.2 billion in the prior-year quarter. This was due to lower sales, increase in R&D expenses, and higher depreciation and amortization charges.

Financial Services sales were up 4.4% year over year to ¥425.3 billion due to higher revenues from Sony Life. The segment’s operating income was ¥46.6 billion compared with ¥32.6 billion in the year-ago quarter led by improvement in foreign exchange gains and losses in U.S. dollar-denominated insurance

All Other sales remained almost flat at ¥72.5 billion. Operating income was ¥8.1 billion compared with ¥20.7 billion in the prior-year quarter.

In the first nine months of fiscal 2020, Sony generated ¥1,087.5 billion of net cash from operating activities compared with ¥834.1 billion in the prior fiscal period.

Sony has revised its forecast for consolidated results for the fiscal year ending Mar 31, 2021. It now expects operating revenues of ¥8,800 billion, up from the earlier forecasted figure (announced in October 2020) of ¥8,500 billion. This is due to higher-than-expected sales in the all the segments (except Pictures) driven by surging demand for video games, music and movies and immense popularity of PS5 gaming console amid COVID-19 induced lockdown and travel restrictions.

Clearfield delivered a trailing four-quarter earnings surprise of 62.6%, on average.

Qualcomm has a long-term earnings growth expectation of 19.6%. It delivered a positive earnings surprise of 17.3%, on average, in the trailing four quarters.

Sonim pulled off a trailing four-quarter earnings surprise of 2.2%, on average.