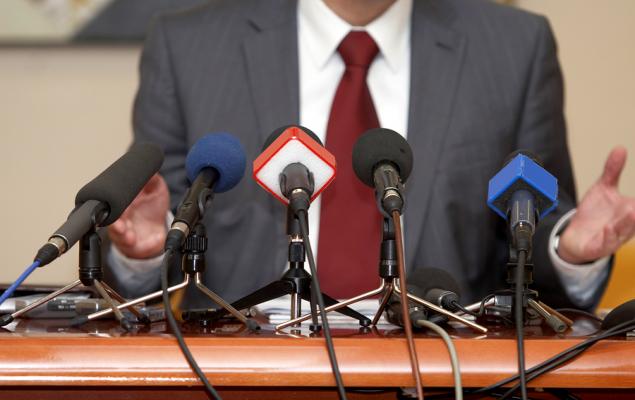 Market indexes had been muddling through most of the trading day today, but the magic happened shortly after 2pm ET, when Fed Chair Jay Powell was clear in his messaging that no changes in monetary policy or guidance would be forthcoming from the Federal Reserve in the foreseeable future. Indexes produced a marked shift northward as of this statement and never looked back. The Dow finished up 189 points, +0.58%, for a new all-time high close.

Joining the Dow at a new top as of today’s close was the S&P 500, which, also like the Dow, took a break yesterday from its days-long winning streak. The S&P finished +0.29% on the day. The tech-heavy Nasdaq saw gains up 0.4% this Hump Day, while the small-cap Russell 2000 made it a clean sweep with 0.73% gains. Even weaker-than-expected Housing Starts and Building Permits data from early this morning were no match for Powell’s dovish tone.

Powell directly said the “stance of monetary policy is appropriate” at this time, even as clear indications of inflation making their way into different economic prints over the past few weeks made many market participants wary that the Fed Chair may be changing his tone. But it’s clear that Powell intends to remain behind the curve rather than ahead of it, in order to see what happens with growth, which has had its difficulties gathering traction.

Analysts are now expecting anywhere from 6.5% to 10% GDP growth for full-year 2021, which are levels we have barely seen over the past 25 years (canceling out the dramatic volatility we experienced through 2020, with all-time record highs and lows). Even following the bank bailout of the Great Recession back in 2009, the $700 billion or so in stimulus spending only brought us back so far. This time, with a year’s worth of pent-up demand and a 2.5x stimulus hitting the economy, results may be much better.

That Powell is holding steady in the face of such exuberance was roundly celebrated today. This also illustrates the stock market’s forward-indicating powers: 8-10 months from now, around Q4 2021, the U.S., economy should be firing on all cylinders. Whether a prolonged period of growth will bring the Fed back to the table ahead of the scheduled 2023 to address interest rate hikes is something that is beyond our current scope. But it’s nothing anyone is worrying about today.

Zacks has released a special report to help you capitalize on the Internet of Things’s exponential growth. It reveals 4 under-the-radar stocks that could be some of the most profitable holdings in your portfolio in 2021 and beyond.Click here to download this report FREE >>