Shares of Golar LNG (GLNG - Free Report) have shed 8.2% of value since the news of resignation of its CEO Iain Ross surfaced on Apr 12. Even though the contractual termination period is six months, the final duration can be changed (lengthened or reduced) by mutual consent.

Successor to Ross is yet to be identified with the board looking for a new CEO. This uncertainty induced stock price depreciation after the company received the notice that its incumbent CEO was stepping down.

Notably, under Ross, the shipping company had inked a deal earlier in the year to sell its 50% stake in Hygo Energy Transition Limited and another 32% interest in Golar LNG Partners LP to New Fortress Energy for a total enterprise value (for the two companies) of approximately $5 billion.

The transactions, which will strengthen the company’s balance sheet, are anticipated to close shortly. It remains to be seen whether Ross’ departure at this point of time has any adverse impact on the impending sell-offs.

Despite being affected by Ross’ decision to quit, shares of Golar LNG have displayed an uptrend over the past year, driven by tailwinds like its cost-cutting efforts. Notably, the stock has gained 66.2% in a year’s time, outperforming its industry’s 36.6% increase. 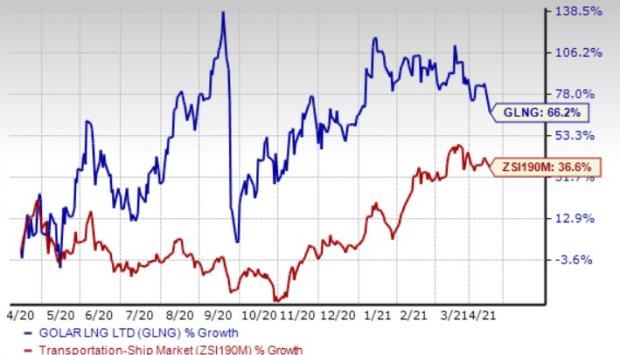 Management will pin hopes on Ross’ successor to sustain the stock’s impressive run on the bourses.

Long-term expected earnings per share (three to five years) growth rate for Triton, Landstar and Herc Holdings is pegged at 10%, 12% and 31.2%, respectively.