BP plc (BP - Free Report) recently confirmed the divestment of its Shearwater stake, per reports. It has agreed to sell its 27.5% interest in the Shearwater field to Tailwind Energy, a privately-held oil and gas company. Several reports in the last few months hinted at the potential transaction, which included Tailwind Energy as a contender for acquiring the stake. The acquirer has Mercuria Energy Group as equity partner.

The financial details of the deal are yet to be disclosed. The Andrew project is not included in the deal. It is not expected to be divested at the moment as the company informed its staff to continue operations at the site.

The divestment is in line with the company’s plan of streamlining its portfolio. In 2021 alone, the company is expected to gather $4-$6 billion of proceeds from divestments and disposals. By 2025, BP will likely sell $25 billion worth of assets, which can provide it with funds to support the company’s energy transition. BP is currently going through a restructuring phase. It has plans to reduce emissions and boost low-carbon spending. BP intends to boost low-carbon spending to $5 billion per annum by 2030. Within this time period, it plans to reduce emissions from operations by 30-35%. 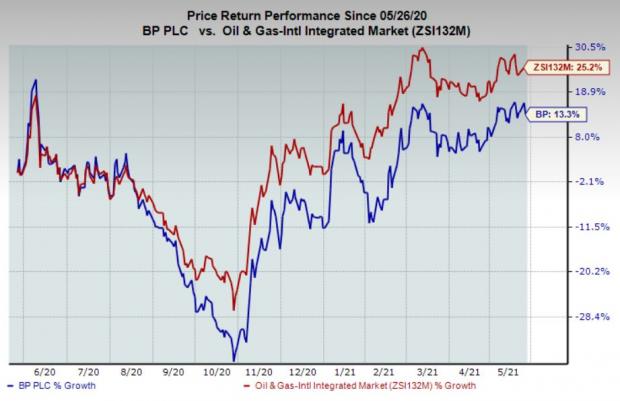 The company currently has a Zacks Rank #3 (Hold). A better-ranked player in the energy space is Braskem S.A. (BAK - Free Report) , having a Zacks Rank #2 (Buy). You can see the complete list of today’s Zacks #1 Rank (Strong Buy) stocks here.