Valued at $302.6 million, the contract is scheduled to be completed by May 2028. Notably, the yard support will be offered for LPD 17 amphibious transport dock ships, LHD 1/LHA 6 amphibious assault ships, LSD 41/49 dock landing ships and LCC 19 amphibious command ship.

Moreover, options included in this contract id exercised will bring its cumulative value to $724.3 million. The entire task related to this agreement will be carried out in Pascagoula, MI.

Moreover, Huntington Ingalls is currently the only builder of large deck amphibious assault ships and expeditionary warfare ships for the U.S. Navy, including LHAs and LPDs. Therefore, it is likely to secure a solid number of contracts from the Pentagon, involving manufacturing and related support for such attack ships. The latest contract win is an example of that.

Looking ahead, the global naval shipbuilding market is expected to grow by $14.36 billion during the 2020-2024 period at a CAGR of 3%, as estimated by a Technavio report. This, in turn, tends to boost revenue generation prospects for major shipbuilding manufacturer like Huntington Ingalls.

Shares of Huntington Ingalls have gained 9.2% in a year compared with the industry’s growth of 16.2%. 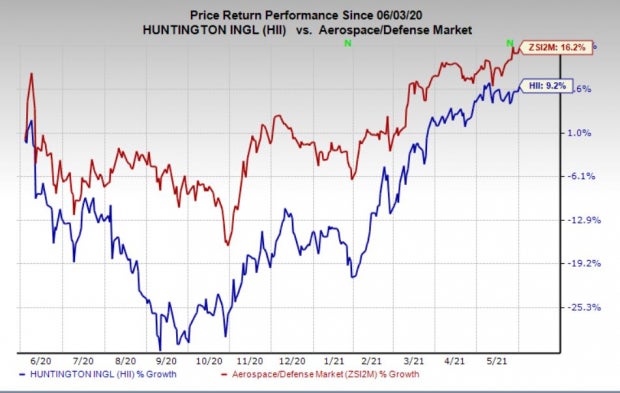