BlackRock (BLK) Gets Approval for Mutual Fund Business in China

China is one of BlackRock’s top regions for growth. As the nation has accelerated the opening up of its financial markets for foreign companies by removing ownership restrictions, the company wants to take advantage of this and expand therein.

Notably, the latest approval comes almost a month after BlackRock received a nod to operate a majority-owned wealth management venture in China with China Construction Bank.

BlackRock said that the approvals position it to extend the breadth of its products and services, and investment insights to all client segments across China.

The company’s head of Asia, Susan Chan, stated, “Rapid economic development and wealth accumulation in the world's second largest economy have propelled growth of the domestic asset management industry. We are eager to play our part in helping to make investing easier and more affordable.”

Over the past years, BlackRock has made several opportunistic acquisitions — domestic and overseas — which have aided its top line. The company’s strong global presence, broad product diversification, revenue mix and steadily improving assets under management balance are expected to continue supporting financials.

So far this year, shares of BlackRock have gained 20.2% compared with 25.1% growth recorded by the industry it belongs to. 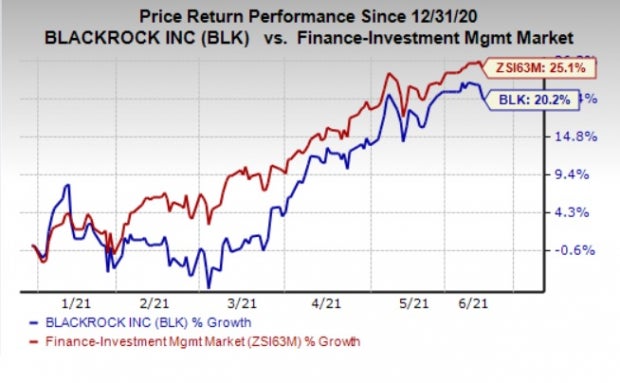