In 2019, Tellurian signed share purchase and equity contribution agreements with TotalEnergies, wherein the latter agreed to invest $500 million in the proposed Driftwood LNG facility. Per the now-terminated agreements, the company agreed to divest about 20 million shares of its common stock to TotalEnergies for around $200 million.

Per the terms of the deal, TotalEnergies had an option to purchase 1.5 million tons per year of LNG from Tellurian. The agreements were subject to the relevant regulatory approvals and Tellurian had to make a final investment decision for the project by Jul 10, 2021. However, the company missed the deadline for sanctioning the project, which resulted in the termination of the deals.

Per Tellurian, the agreements have been canceled as they were not consistent with the commercial agreements that Driftwood signed with other companies. Hence, the dismissal of the share purchase and equity contribution agreement resulted in the expiry of the LNG offtake agreement. Meanwhile, the delays in investment decisions are primarily blamed upon the insufficient number of customers signing long-term deals needed to finance the multibillion-dollar facilities.

Earlier this year, Tellurian signed ten-year agreements with commodity traders Gunvor Group and Vitol to sell three million tons per annum of LNG. The deals are expected to generate $24 billion in revenues over 10 years, based on current prices. Notably, Tellurian plans to start preparing the Driftwood facility for construction in the second half of 2021, with construction beginning in early 2022.

Shares of the company have outperformed the industry in the past six months. Its stock has gained 80.3% compared with the industry’s 10.8% growth. 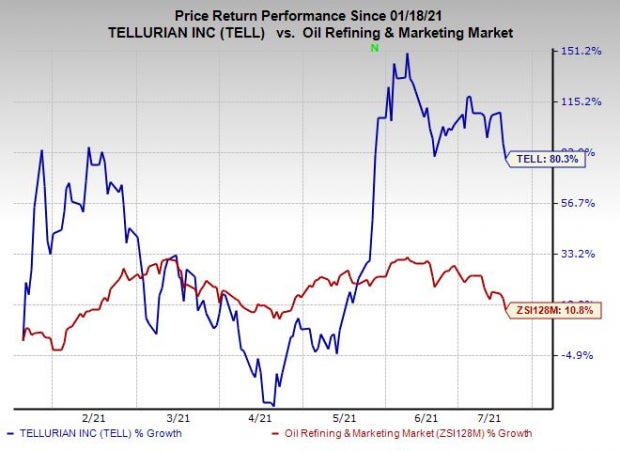 Over the past 60 days, the Zacks Consensus Estimate for ConocoPhillips’ 2021 earnings has been raised by 22.5%.

PayPal (PYPL) Boosts Reach to Australia With Pay in 4 Access