Acquisitions contributed $44.1 million to revenues in the reported quarter.

So far this year, shares of Waste Connections have gained 22.9%, outperforming the 8% surge of the industry it belongs to. 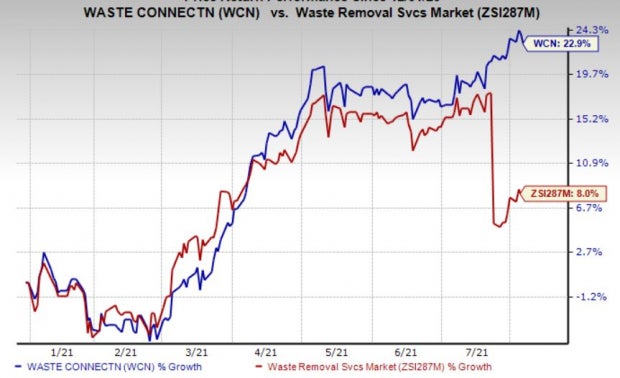 Intermodal and Other segment revenues increased 39.1% to $38.49 million.

Operating income totaled $266.79 million, compared with an operating loss of $232.36 million in the year-ago quarter.

The company paid out dividends worth $53.42 million in the reported quarter.