Invesco (IVZ - Free Report) announced preliminary assets under management (AUM) for October 2021. The company’s month-end AUM of $1,593.7 billion represented a rise of 4.3% from the previous month-end. Despite the rise, shares of Invesco fell 1.2% following the release.

During the month, AUM was positively impacted by favorable market returns, which increased it by $44 billion. Also, foreign exchange rate movements increased the AUM balance by $2 billion.

Over the past year, shares of Invesco have surged 70.7%, outperforming 36.2% growth of the industry it belongs to. 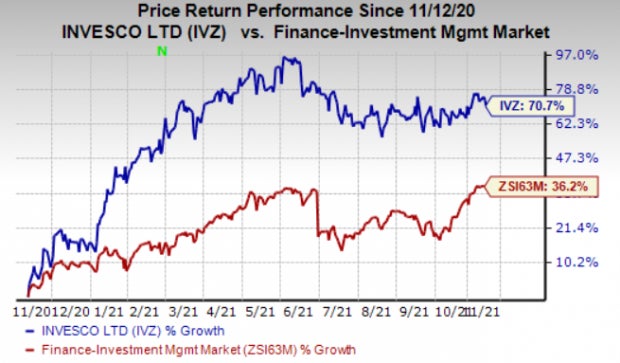 For Franklin, the reported month’s AUM reflected changes in the reported asset class of certain products as part of the company’s integration efforts following acquisitions.

Growth in AUM for Lazard was supported by market appreciation of $7.2 billion and a favorable foreign-exchange impact of $0.5 billion. These were partially offset by net outflows of $0.6 billion.