Nicolet Bankshares (NCBS) Could Find Support Soon, Here's Why You Should Buy the Stock Now

Shares of Nicolet Bankshares have been struggling lately and have lost 5.4% over the past two weeks. However, a hammer chart pattern was formed in its last trading session, which could mean that the stock found support with bulls being able to counteract the bears. So, it could witness a trend reversal down the road.

The formation of a hammer pattern is considered a technical indication of nearing a bottom with likely subsiding of selling pressure. But this is not the only factor that makes a bullish case for the stock. On the fundamental side, strong agreement among Wall Street analysts in raising earnings estimates for this bank holding company enhances its prospects of a trend reversal. 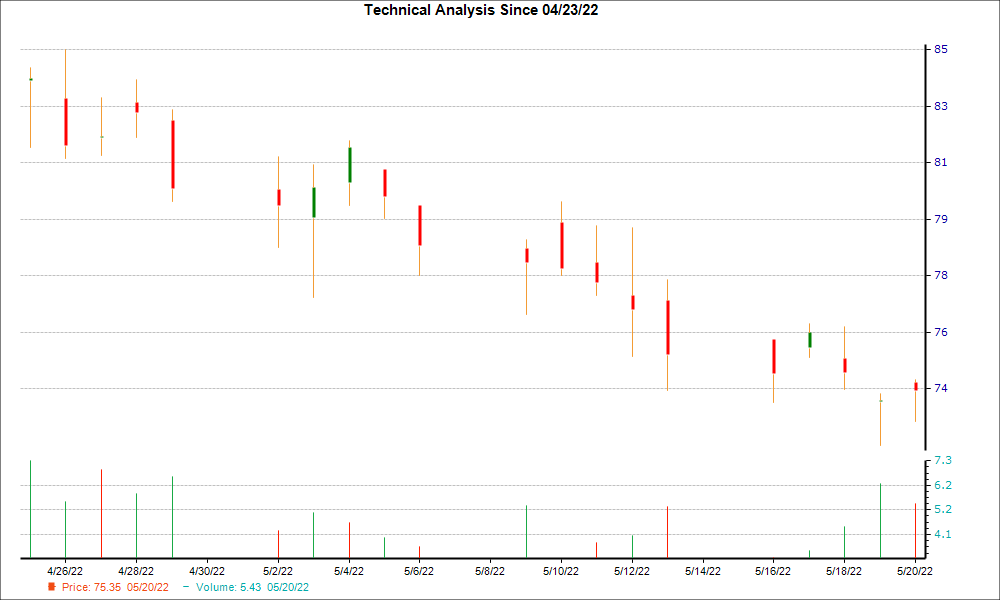 Here's What Increases the Odds of a Turnaround for NCBS

The consensus EPS estimate for the current year has increased 2.2% over the last 30 days. This means that the Wall Street analysts covering NCBS are majorly in agreement about the company's potential to report better earnings than what they predicted earlier.

If this is not enough, you should note that NCBS currently has a Zacks Rank #2 (Buy), which means it is in the top 20% of more than the 4,000 stocks that we rank based on trends in earnings estimate revisions and EPS surprises. And stocks carrying a Zacks Rank #1 or 2 usually outperform the market. You can see the complete list of today's Zacks Rank #1 (Strong Buy) stocks here >>>>

Moreover, a Zacks Rank of 2 for Nicolet Bankshares is a more conclusive indication of a potential trend reversal, as the Zacks Rank has proven to be an excellent timing indicator that helps investors identify precisely when a company's prospects are beginning to improve.

Primo (PRMW) Could Find Support Soon, Here's Why You Should Buy the Stock Now