What Kratos Defense (KTOS) Estimates Say About Its Recent Performance

Although down from 6 cents in the year-ago quarter, Kratos Defense & Security Solutions’ (KTOS - Free Report) March quarter earnings of 4 cents came in much better than analyst estimates of a penny. Moreover, earnings came on top of revenue that increased by just 1% to more or less match the Zacks Consensus Estimate.

So there were greater efficiencies in the business than analysts were expecting. A closer look at the segmental performance may shed some light on where the outperformance lay.

Segmental revenue beats/misses may not exactly reflect the result on the total revenue line because not every analyst providing total estimates also provides the line details. But they are still indicative of segmental performance in any given quarter:

Accordingly, product revenue of $128.3 million missed estimates by 6.5% while services revenue of $67.9 million beat by 14.0%. Additionally, the Kratos Government segment generated 143.6 million, which was 0.8% ahead of estimates while the Unmanned Systems segment brought in $52.6 million, which missed by 4.0%.

And because they can be depended upon, investors develop a certain expectation about a company’s performance based on the estimates for the concerned period. And when a company significantly underperforms or outperforms estimates, there is usually a reaction from investors that is represented in the share prices. In this case, investors were hugely disappointed, sending shares down -13.9%. 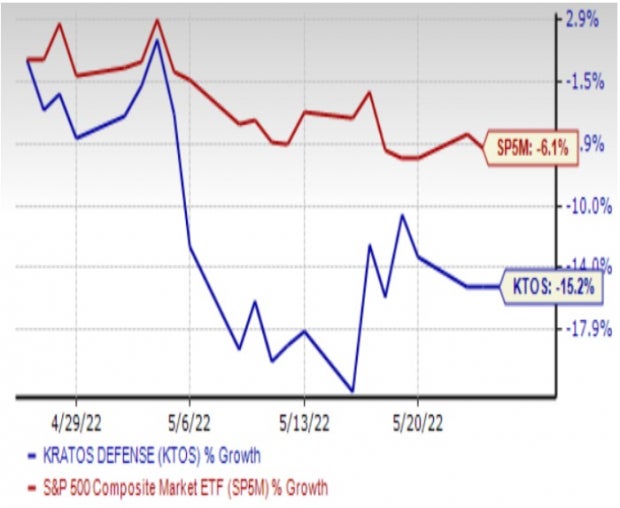 Drilling further down into the numbers tells us more about each segment’s quarterly performance.

And as far as segment operating profit is concerned, Kratos Government was 12.0% ahead of estimates while Unmanned Systems was 145.5% ahead.

From the above, it appears that Kratos is doing well in terms of managing its business in challenging times when supply chain disruptions and employee absenteeism continue to push revenue out into the future.

Kratos has a Zacks #2 (Buy) Rank, so along with AerSale (ASLE - Free Report) and AeroVironment (AVAV - Free Report) , it is worth investing in today.

What Transdigm Group (TDG) Estimates Say About Its Recent Performance