What General Dynamics (GD) Estimates Say About Its Recent Performance

General Dynamics’ (GD - Free Report) first quarter results were more or less in line with expectations. Revenue in particular was very close to what analysts projected, and represented a 1% increase from last March. Earnings grew 5.2% to beat the Zacks Consensus Estimate by 4.8%.

Segmental revenue beats/misses may not exactly reflect the result on the total revenue line because not every analyst providing total estimates also provides the line details. But they are still indicative of segmental performance in any given quarter:

And because they can be depended upon, investors develop a certain expectation about a company’s performance based on the estimates for the concerned period. And when a company significantly underperforms or outperforms estimates, there is usually a reaction from investors that is represented in the share prices. In this case, investors were largely unmoved, sending shares up 1.8%.

Drilling further down into the numbers reveals more about each segment’s quarterly performance.

Accordingly, we see that it is Combat Systems that missed analyst estimates on the bottom line as well. This segment missed estimates by 2.5% while Aerospace Systems, Marine Systems and Technologies beat by a respective 39.9%, 1.2% and 1.8%.

In the last quarter, the Aerospace business did significantly better than expected both in terms of revenue and profits. Analysts also expected lower revenue and better operating efficiency in the Marine business. Other segments were relatively close to analyst estimates.

General Dynamics has a Zacks #3 (Hold) Rank, based on its current risk/reward profile, but #2 (Buy) ranked Huntington Ingalls Industries (HII - Free Report) is a better option for investors looking for exposure to the industry right now. 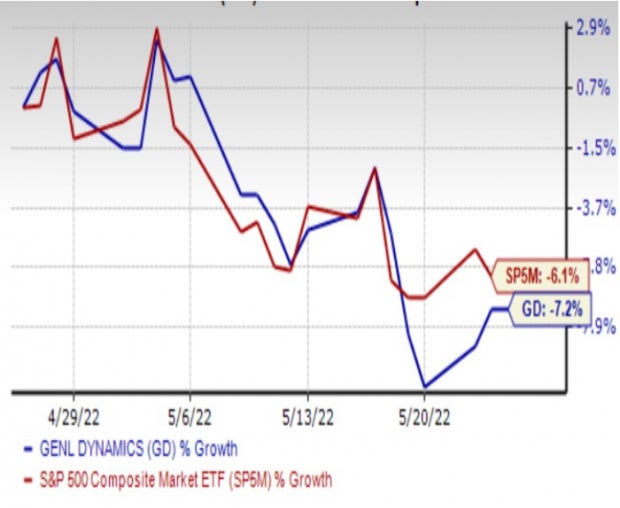 Is Univar (UNVR) a Suitable Stock for Value Investors Now?