3 Proven Stocks Investors Should Buy Amid a Market Rebound

The last few days of price action within the market is very promising. Investors have undoubtedly welcomed the green with open arms, as the first half of the year has been anything but kind to portfolios.

Today, the market looks to record another solid day, with all major indexes heading for another close in the green. If the price action remains strong, it’ll be the S&P 500’s third weekly close in the green out of the last ten.

With some buyers finally arriving, bears will be forced back into hibernation. After all, they’ve had more than enough fun in the first half of 2022.

Of course, the bottom could still not be in, but we’re still well above 2022 lows – a major positive.

The five-year chart below shows just how well these companies have performed over the years, and there’s no glaring reason why they can’t continue this stellar long-term performance for some time.

Now, for the ugly. The chart below illustrates the year-to-date share performance of all three companies. 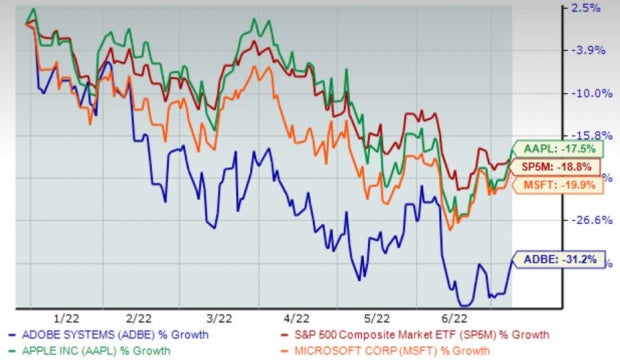 Clearly, it’s been a rough stretch. However, this market downturn has presented us with buying opportunities not seen in some time – something any long-term investor is surely celebrating.

Let’s get into why owning these stocks would be beneficial amid a market turnaround.

Adobe’s forward earnings multiple sits on the pricey side at 34.9X but is well below its five-year median value of 45.6X and is nowhere near 2020 highs of 66.3X. Additionally, the value is the lowest we’ve seen since early 2019.

The company has reported strong quarterly results consistently, exceeding bottom-line estimates in 14 consecutive quarters dating back to 2018. In Adobe’s latest quarter, the company beat the Zacks Consensus EPS Estimate by 1.5% and reported quarterly EPS of $3.35.

In addition to strong quarterly results, growth estimates for the top and bottom-line display the company’s successful business operations.

For FY22, the Zacks Consensus EPS Estimate resides at $13.51, resulting in a strong 8% growth in earnings year-over-year. Furthermore, in FY23, earnings are expected to tack on an additional double-digit 16%. 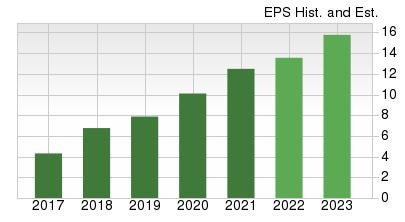 Additionally, ADBE is forecasted to rake in $17.7 billion in revenue in the current fiscal year, which reflects a double-digit 12% expansion in the top-line year-over-year. Looking ahead, the FY23 revenue estimate of $20 billion represents an additional 14% growth in revenue. 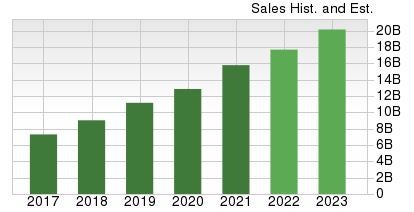 We’re all familiar with Apple (AAPL - Free Report) , the tech titan that has taken the mobile phone landscape to new heights.

Apple’s current forward earnings multiple resides at 23.4X, nowhere near 2020 highs of 41.5X and modestly above its five-year median value of 20.5X. Furthermore, it’s the lowest we’ve seen the value since the early months of 2020.

EPS beats have become the norm for the tech titan, exceeding bottom-line estimates in 19 of its last 20 quarterly reports. In the most recent quarter, the company surpassed the $1.43 Zacks Consensus Estimate by a notable 6.3% in the face of adverse business conditions.

The Zacks Consensus EPS Estimate for FY22 resides at $6.10, reflecting a nearly 9% expansion in the bottom-line year-over-year. In addition, earnings are expected to grow an additional 8% in FY23. 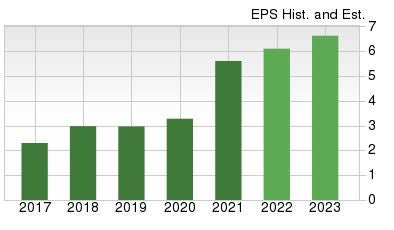 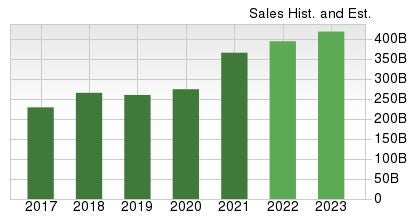 Microsoft (MSFT - Free Report) is one of the largest broad-based technology providers in the world.

MSFT sports relatively enticing valuation metrics. Its 25.2X forward earnings multiple resides on the pricey side, but it is well below its five-year median of 28.4X and well below its 2021 high of 37.5X. Shares trade at their cheapest level since early 2020.

Microsoft has been on a scorching-hot earnings streak, exceeding bottom-line estimates in 24 consecutive quarters. In its latest quarterly release, the tech giant surpassed the Zacks Consensus EPS Estimate by a sizable 5.8%.

Looking at growth estimates, the $9.28 EPS estimate for the current fiscal year represents a strong double-digit 18% growth in earnings year-over-year. In addition, earnings are forecasted to grow a further 13% in the next fiscal year. 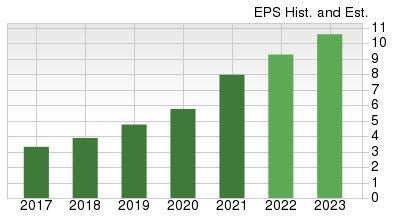 Annual revenue is estimated to come in at $198 billion in FY22, penciling in an 18% expansion in the top-line year-over-year. Pivoting to the next fiscal year, the $225 billion revenue estimate displays a 14% increase year-over-year. 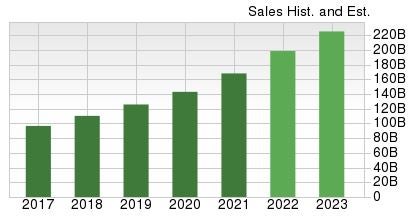 The market will rebound eventually, and the recent streak of green over the last several days is promising. However, nobody knows where the market heads next, but we do know this – indexes are nicely above 2022 lows.

These three proven long-time winners will continue to cruise along once the market shapes back up, allowing investors to reap a multitude of gains.