One of the market's most interesting stories over the last several years was the uprising of “meme stocks.” Out of the bunch, GameStop (GME - Free Report) was undoubtedly the most popular, shaking the market violently with a short-squeeze that was the magnitude of which is rarely seen.

No matter which side you were on, we can all agree on one thing – it was a wild time. GME shares were trading at around $20 per share at the beginning of January 2021, and after the month was over, shares closed up more than 1500% at around $325 per share.

Needless to say, long-term investors were rewarded handsomely, and it was an absolute paradise for day traders. For short-sellers, it was a nightmare.

Simply put, it was a rollercoaster that many market participants decided to take a ride on.

Perhaps going unnoticed by some, these stocks have been hot for some time now. Below is a chart illustrating the performance of all three companies over the last three months.

As we can see, buyers have stepped up notably, especially for AMC shares. Now that the attention is back, it raises a valid question: how do these companies currently stack up? Let’s take a closer look.

GameStop (GME - Free Report) currently carries a Zacks Rank #4 (Sell) with an overall VGM Score of an F. Analysts have primarily kept their earnings estimates unchanged, but one has lowered their outlook for the company’s current fiscal year (FY23).

Still, the Zacks Consensus EPS Estimate of -$1.50 for FY23 pencils in a 32% year-over-year decline in the bottom-line.

However, the company’s top-line is forecasted to register solid growth – GameStop is projected to generate $6.4 billion in revenue throughout FY23, registering a 6.7% year-over-year uptick. 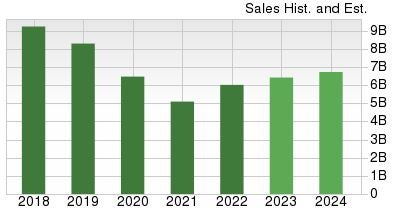 Bottom-line results have left some to be desired as of late, with GameStop recording four consecutive EPS misses and the average surprise being -250% over the timeframe. Top-line results have been notably stronger, with the company posting back-to-back revenue beats.

BlackBerry (BB - Free Report) sports a Zacks Rank #3 (Hold) with an overall VGM Score of an F. Analysts have dialed back their earnings outlook extensively over the last 60 days across all timeframes. 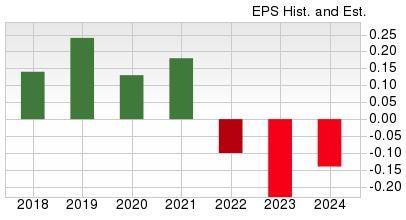 BlackBerry’s top-line is forecasted to take a hit as well – the Zacks Consensus Sales Estimate for FY23 of $690 million represents a modest 3.9% year-over-year decline from FY22 sales of $718 million. 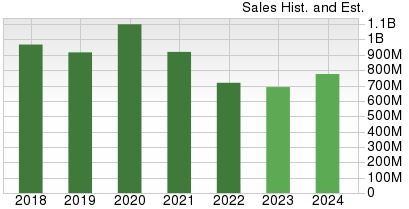 In addition, the company has primarily reported EPS above expectations, exceeding the Zacks Consensus Estimate in seven of its last ten quarters. However, BB recorded a 25% bottom-line miss in just its latest quarter.

AMC Entertainment (AMC - Free Report) carries a Zacks Rank #3 (Hold) with an overall VGM Score of a D. Over the last 60 days, analysts have lowered their earnings outlook extensively.

Unlike GME and BB, projections for AMC allude to solid growth within both the top and bottom lines.

For the company’s current fiscal year (FY22), the Zacks Consensus EPS Estimate of -$1.38 reflects a 45% year-over-year uptick in earnings.

Pivoting to the top-line, the FY22 revenue projection of $4.3 billion pencils in a notable 71% year-over-year increase. Below is a chart illustrating the company’s revenue on an annual basis.

AMC has found solid consistency within its bottom-line as of late, exceeding the Zacks Consensus EPS Estimate in four of its last five quarters. Just in its latest print, the company posted a solid 11% bottom-line beat.

Top-line results have primarily been mixed, with the company recording just five revenue beats over its last ten quarters.

It may surprise some to see that meme stocks have been hot for some time now, with buyers coming back in swarms. During the action-packed period, these stocks were the hottest item on the block.

From a trading standpoint, the volatility of these stocks is a dream. However, long-term investors with a much bigger picture in mind likely do not find these riskier stocks nearly as attractive.

Out of the three above, AMC is the only company forecasted to register year-over-year growth within both the top and bottom-lines. Still, shareholders of each company have been rewarded handsomely over the last three months.

The key takeaway is this - market participants need to be highly-aware of the rollercoaster-type action that meme stocks dish out.