Over the past four weeks, NETI has gained 19.2%. The company currently sits at a #1 (Strong Buy) on the Zacks Rank, also indicating that the stock could be poised for a breakout.

Once investors consider NETI's positive earnings outlook for the current quarter, the bullish case only solidifies. No earnings estimate has gone lower in the past two months compared to 2 revisions higher, and the Zacks Consensus Estimate has increased as well. 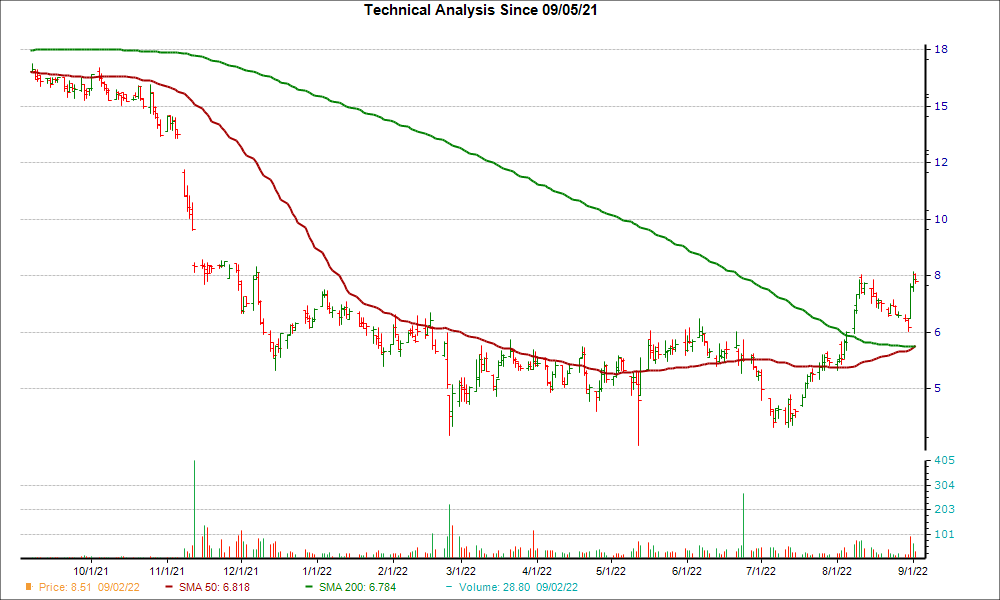 Investors may want to watch NETI for more gains in the near future given the company's key technical level and positive earnings estimate revisions.

Wall Street Analysts Predict a 44% Upside in Northern Oil and Gas (NOG): Here's What You Should Know